Basketball and baseball are two wildly different sports, but that doesn’t mean parallels don’t exist when it comes to teaching moments.

The Boston Celtics are just one day away from their season opener against the Philadelphia 76ers, and expectations are through the roof. The C’s are loaded with talent, both in the starting five and on the bench. Because of that, many circumstances are sure to come up where players are going to have to make a personal sacrifice in order for the team as a whole to succeed.

In Game 3 of the American League Division Series against the New York Yankees, Sox utility man Brock Holt hit for the first cycle in MLB postseason history in a 16-1 win. But in Game 4 the next night, Holt was back on the bench, with Ian Kinsler starting at second in the series-clinching victory.

Holt’s willingness to put the team first and not put up a fight about going back to the bench was a point of emphasis for Stevens.

“We?ve used (the Red Sox) as examples quite a bit,? the C’s head coach said Sunday, via Celtics.com. “The Brock Holt example last week of going for the cycle and getting a DNP the next day, is how you win, right? And being willing to take on those roles ? both as the guy that did it and the guy that replaced him the next night in Kinsler ? those things matter. They?ve set a great example for us as we move into a new year.”

Considering the success the Red Sox had during the regular season and into October, they’re certainly a pretty good example for Stevens to be using. 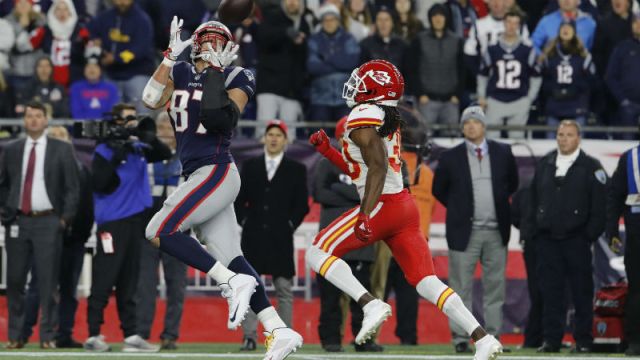 Rob Gronkowski Breaks Down Game-Breaking Catch After Win Over Chiefs 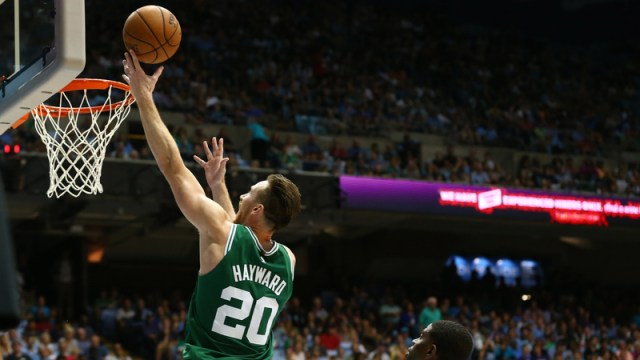