How Patriots' Game-Planning Paid Off On Blocked-Punt Touchdown - NESN.com Skip to content

CHICAGO — Neither Dont’a Hightower nor Kyle Van Noy is a regular on the punt return team, but the starting linebackers teamed up Sunday to make one of the biggest special teams plays of the New England Patriots’ season thus far.

With the Patriots and Chicago Bears tied midway through the third quarter of the game at Soldier Field, Hightower blew through the line to smother Bears punter Pat O’Donnell, blocking his punt and causing the ball to roll backward toward the Chicago end zone. Five Patriots players converged around the ball, and after a brief moment of chaos, Van Noy scooped it up and scampered 29 yards for a touchdown.

The score put the Patriots ahead for good. They tacked on another touchdown midway through the fourth quarter and halted a Bears Hail Mary bid at the 1-yard line to win 38-31 and improve to 5-2 on the season.

Hightower, who planted Chicago tight end Ben Braunecker flat on his back before sending O’Donnell cartwheeling through the air, broke down the big play after the game.

“I honestly didn’t really know what to do because I’ve never blocked a punt before,” the veteran linebacker explained. “I just knew if I could get there before he punted it, I could hit him. So once I was able to see that, that was kind of my mindset there.”

He added: “I actually caught it, and it went in my armpit and I flipped over. That’s when I lost it. Then I saw KV. KV was going to pick it up, and I almost pushed him to the ground. He was taking too long, so in my head, I’m like, ‘Yo, they’re coming, they’re coming, and you’re taking too long.’ So I almost pushed him down. But it was a great play, man. Whenever you’re able to make plays like that, especially on special teams, that’s big.”

It was Hightower’s first blocked punt at any level, though he did block a field goal once at Alabama. Van Noy, who went untouched into the end zone, was thankful for the opportunity to score his first touchdown since his BYU days.

“(Hightower) had a great play,” Van Noy said. “Going back and watching that on film is going to be sick. He did all the work. I guess I get all the glory, so I appreciate him and what an amazing player he is. Everyone can be quiet now.”

(That last part was a reference to the criticism Hightower received from fans and critics early in the season. He’s looked much more like his usual self in recent weeks, following up his best game of the season last Sunday against the Kansas City Chiefs with another solid performance in Chicago.)

As mentioned, Hightower and Van Noy rarely play on the punt return team, having combined for just eight snaps on that unit (three and five, respectively) all season entering Sunday. Their insertion proved to be a brilliant move by head coach Bill Belichick and special teams coach Joe Judge.

“It’s been a while, but the more you can do,” Hightower said. “I don’t mind stuff like that, especially when it’s able to be a big play or be able to change the course of the game. … That just goes to show that the coaches know what they’re doing and know what they’re talking about it. As long as we’re able to get that game plan and go out and execute, good things will happen.”

Van Noy also was more than willing to chip in.

Belichick declined to explain why Hightower and Van Noy were on the field for that particular play, saying he was “not going to get into the specifics of the call.”

The blocked punt was one of two touchdowns scored by New England’s special teams units in the win. Cordarrelle Patterson also returned a kickoff 95 yards to the house.

Patterson, who declared himself the NFL’s best kick returner after the game, also took a playful shot at Hightower for not being able to complete the scoop-and-score himself.

“(The blocked punt) was awesome, man,” the wide receiver said. “We were saying we needed a big play on special teams, and, (expletive), it happened as soon as we said it. We were happy for Hightower coming in and stepping up big. I wish he would have scored a touchdown, but them big guys, they never can do the right thing. They’re always falling and tripping over themselves. But no, he did a hell of a job blocking the kick.” 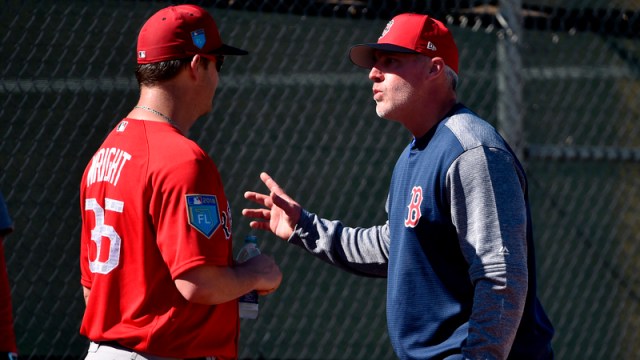 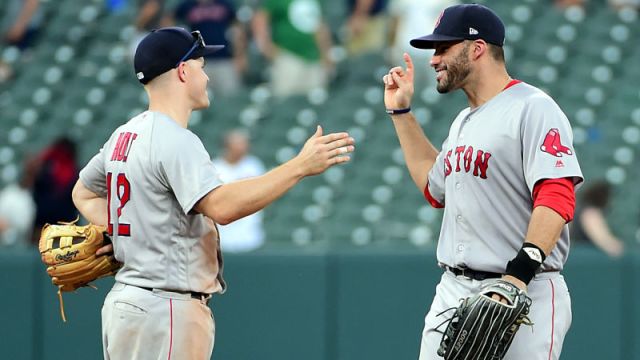