After a rough start to his New England Patriots career, rookie running back Sony Michel has shown obvious improvement over the past two weeks.

Michel, the 31st overall pick in the 2018 NFL Draft, totaled 212 rushing yards and scored two touchdowns in wins over the Miami Dolphins and Indianapolis Colts, improving his yards-per-carry average from 3.5 after Week 3 to 4.4 entering this Sunday’s Week 6 matchup with the Kansas City Chiefs.

“Sony?s a tough kid,” Patriots offensive coordinator Josh McDaniels said Monday in a conference call with reporters. “He runs hard, certainly willing to engage in contact, and he was at Georgia. I like the way he finishes runs, and he?s a tough guy to bring down. His run style, I think, fits what we try to do here, and hopefully he?ll continue to improve and get better and make progress as we go forward.”

That powerful running was particularly evident on one carry against Indianapolis. On a first-and-10 from the Colts’ 16 early in the second quarter, Michel took an inside handoff from quarterback Tom Brady, ran through an arm tackle at the line and bowled over strong safety Clayton Geathers to pick up a first down.

Geathers brought Michel down short of the goal line but was forced to leave the field and enter concussion protocol.

Michel, who had a similar run against Jacksonville Jaguars safety Tashaun Gipson last month in his NFL debut, seems to be gaining confidence and explosiveness each week — not surprising for a player who missed the entire preseason and most of his first training camp with a knee injury.

“I think we?ve seen some decent things from him here in the first few weeks that he?s been up and active, and we?ll continue to try to work hard to get better,” McDaniels said.

With Rex Burkhead and Jeremy Hill both on injured reserve and James White primarily utilized as a pass-catcher, Michel has shouldered a heavy workload of late. He’s carried the ball 43 times over the past two games, second-most in the NFL during that span behind Ezekiel Elliott (45).

It’s likely the Patriots eventually will add another running back to complement Michel and White — they have been in contact with Mike Gillislee, who spent last season in New England and was released by the New Orleans Saints over the weekend — but the rookie should see plenty of touches again this weekend against a Chiefs defense that’s allowing an NFL-worst 5.8 yards per carry this season. 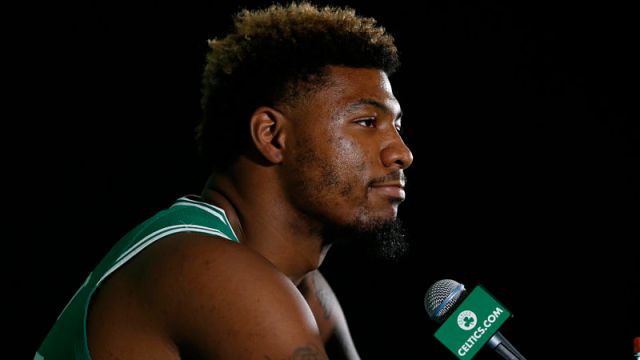 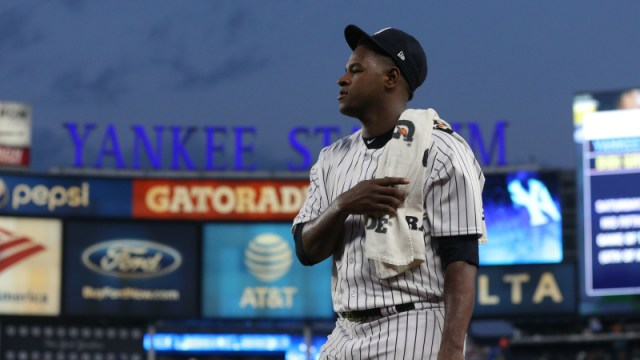