The New England Patriots are suddenly on a hot streak.

After dropping consecutive games in Weeks 2 and 3, there was reason to be down on the 2018 Patriots. But they’ve emerged from Weeks 4 and 5 with a 3-2 record after beating the Indianapolis Colts 38-24 on Thursday night, and they now have some extra time to prepare for the Kansas City Chiefs, perhaps their toughest opponent this season.

The Chiefs are still midway through prepping for the Jacksonville Jaguars, who they’ll play Sunday at 1 p.m. By the time the Chiefs are done reviewing Week 5 film this upcoming Monday, the Patriots will essentially have had a four-day head start on Week 6.

Before we get too far ahead of ourselves, let’s get into this week’s takeaways from the Patriot’s win over the Colts. All stats via Pro Football Focus.

— On the other end of the spectrum, Luck’s passer rating while targeting Devin McCourty, Jason’s twin brother, was 147.1. PFF still graded Devin McCourty well in pass coverage, oddly enough. He did make an incredible play, stripping and recovering a fumble in one swift motion after allowing a catch to Colts running back Jordan Wilkins.

— The Patriots’ cornerbacks continued their strong play. Gilmore let up catches on less than half of his targets. Jones was targeted often but had the interception and did a nice job of open-field tackling.

— Flowers only played 51 of 83 possible defensive snaps, and it seems like he might be on a pitch count all season. He played closer to 100 percent of defensive snaps in games last season.

— Van Noy continued to line up on the edge, where he split his time rushing the passer and covering. He’s not generating a ton of pressure from that position, but he’s making plays in the passing game and run defense. He should stay there.

— The Patriots need defensive end Deatrich Wise to rush with more consistency. This is the second straight game he’s been held pressure-less.

*Stops constitute a “loss” for the offense so this table shows the percentage of stops per snap played only in run defense.

— The Patriots let up just 84 rushing yards on 21 carries. They held starting running back Nyheim Hines to 15 carries for 45 yards.

— Defensive tackle Malcom Brown left the game early with a knee injury. Initially, he was ruled probable before he was downgraded to questionable. He stayed on the sideline but didn’t return.

— The Patriots’ run defense struggled in Weeks 2 and 3. Flowers returning and Van Noy’s role change have helped this unit immensely.

PASS ACCURACY
— Of quarterback Tom Brady’s 10 incompletions, three were drops and two were thrown away.

— Wide receivers Julian Edelman and Chris Hogan and running back James White dropped passes. Hogan’s led to one of Brady’s interceptions. PFF didn’t charge tight end Rob Gronkowski with a drop that led to Brady’s interception. Gronk caught the pass but was popped by a defender, sending the ball flying in the air.

— Brady was 2-of-3 for 55 yards with a touchdown on deep passes. Wide receiver Chris Hogan caught a 21-yard pass. Josh Gordon caught Brady’s 34-yard touchdown in double coverage, a score that was Randy Moss-esque. It didn’t take him long to find the end zone in a Patriots uniform. It was fun to see how excited his teammates were after the big play.

— The Patriots’ offensive line did a great job of keeping Brady clean all night. They also didn’t allow a sack in Week 4 against the Miami Dolphins.

— Brady was charged with three hurries, but his receivers really should have been. They didn’t get open, so Brady held onto the ball too long on those plays, forcing hurries. He had, on average, 2.41 seconds before he got the ball out.

Michel appeared to be running harder, faster and with more burst than in his first three games. He was 2 yards away from consecutive 100-yard games. Basically, he’s playing like a first-round pick. If he keeps his current pace, Michel would finish the season with 251 carries for 1,103 yards with eight touchdowns. 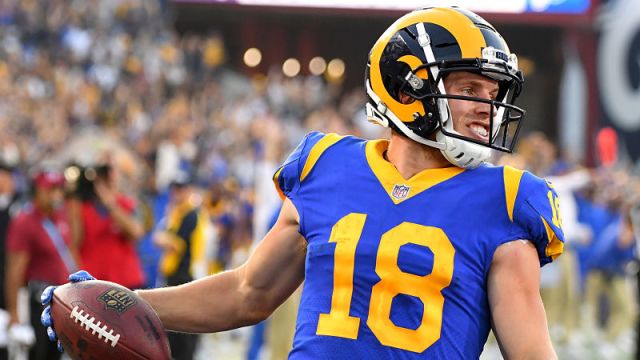 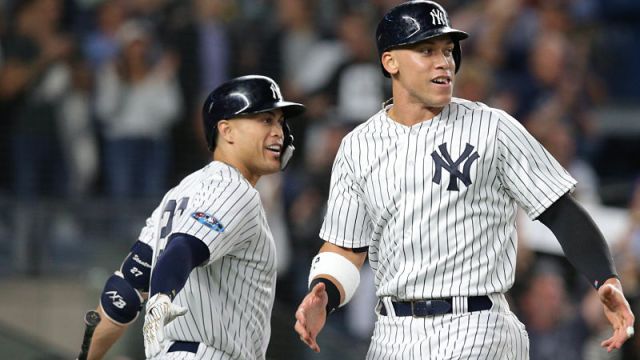