Tom Brady Doesn't See Parallel Between Start Of Patrick Mahomes' Career And His Own - NESN.com Skip to content

Patrick Mahomes currently is the toast of the NFL.

The second-year quarterback has piloted the Kansas City Chiefs to a 5-0 record and has been shredding opposing defenses, throwing for 1,513 yards, 14 touchdowns and two interceptions while posting a 112.7 passer rating.

On Sunday, Mahomes and the Chiefs will face their stiffest test to date when they travel to Foxboro to face Tom Brady and the New England Patriots.

Brady, who has been the NFL’s poster boy for 18 years, spent his first NFL season backing up Drew Bledsoe before bursting onto the scene in 2001. Mahomes, likewise, spent his rookie season holding the clipboard for Alex Smith, but as far as Brady is concerned, that’s where the similarities between the beginning of their respective careers end.

?Football was different then. I think now, in some ways, pro football is more glorified college football. Maybe the transition is a more similar game than what it used to be when I first started,? Brady said, via ESPN’s Mike Reiss. ?I think football now, removing some of the physical elements of the game, it?s more of a space game, you see a lot of college plays more in the pro game than what I remember when I started. That?s kind of how things have went over the last bunch of years.?

Mahomes and the Chiefs’ offense have been lethal this season and will provide a number of challenges for a Patriots defense that has struggled to contain both tight ends in the middle of the field and speed on the perimeter.

Patriots head coach Bill Belichick was complimentary of Mahomes on Monday, praising the Texas Tech product’s big arm and noting how difficult it will be to slow down Mahomes, Tyreek Hill, Kareem Hunt, Travis Kelce and the rest of Kansas City’s arsenal of weapons.

Brady and the Pats have gotten back on track after a 1-2 start to the season, beating the Miami Dolphins and Indianapolis Colts to move to 3-2 and set up a Week 6 showdown for AFC supremacy with Mahomes and the Chiefs. 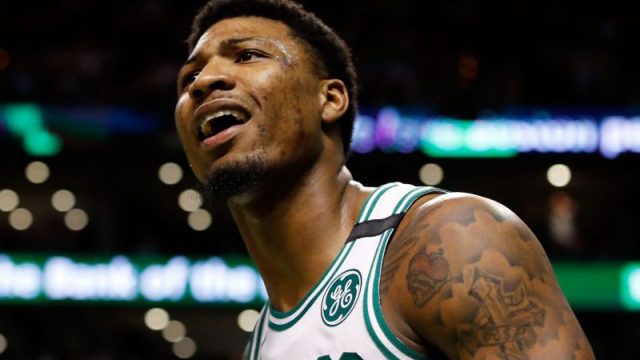 Jalen Rose Has Some Thoughts On The Marcus Smart Vs. J.R. Smith Beef 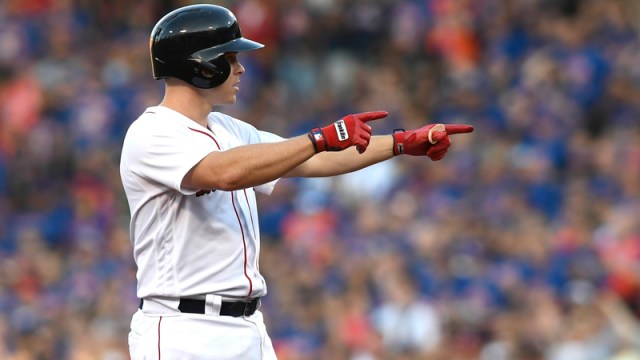