Andrew Benintendi has been shining at the plate throughout the 2018 Major League Baseball playoffs, but Wednesday night, the young outfielder made a whole lot of noise with his glove.

With the Boston Red Sox holding an 8-6 lead over the Houston Astros in the ninth inning of Game 4 of the American League Championship Series, Alex Bregman stepped to the plate with the bases loaded and two outs. The Astros third baseman got the Minute Maid Park crowd on its feet when he ripped a liner to left field, but Benintendi quickly put an end to Houston’s hopes when he made a sensational diving catch to lock up the win for Boston.

Talk about a web gem.

The Red Sox will have an opportunity to send the reigning World Series champions packing when the teams meet for Game 5 on Thursday. First pitch from Minute Maid Park is set for 8:09 p.m. ET. 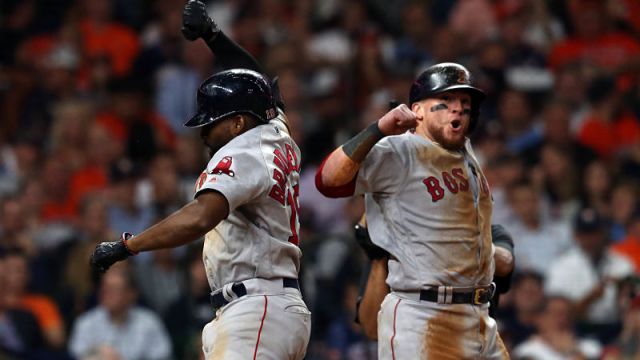 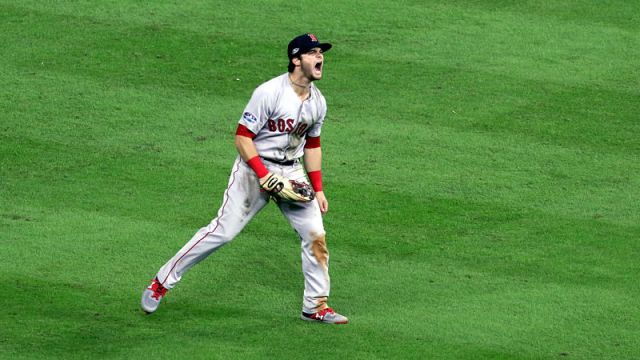