It’s probably too strong to say inconsistency has plagued the New England Patriots’ defense this season. But it certainly has been a thorn in the team’s side.

The Patriots’ defense has looked legitimately good in Weeks 1, 4, 8 and 9 this season. They seemed to turn the corner in back-to-back wins over the Buffalo Bills and Green Bay Packers. Then Sunday happened, and the Patriots looked like a sieve again as they lost 34-10 to the Tennessee Titans.

Everyone, head coach Bill Belichick included, was high on the Patriots’ pass rush following Week 9, when Packers quarterback Aaron Rodgers never quite looked comfortable. The Patriots followed that up with a stinker Sunday.

So, who are the Patriots? They’re 7-3, so things certainly could be much, much worse. But they have some questions to answer over the last six games of the season.

Let’s get into all of this week’s takeaways and metrics.

— The Patriots entered the game third in pressure percentage at 33.7 percent. They brought pressure on just 25.9 percent of snaps Sunday. That won’t get the job done.

— Flowers had his least productive game of the season. He even had two hurries in seven snaps before suffering a concussion Week 2.

— Belichick was very impressed with his team’s pass rush last week in their win over the Packers. Perhaps they switched up their technique given Marcus Mariota’s speed, but they need to be more disruptive coming out of the bye.

— Adrian Clayborn only played nine snaps, the fewest of any defender who actually got into the game. He’s had issues containing scrambling quarterbacks. Mariota only carried the ball twice, and the Patriots could have used Clayborn’s disruption.

— With no pressure, the Patriots weren’t able to generate any turnovers. A well-timed turnover could have put the Patriots back into the game.

— Gilmore was on a six-game hot streak before turning in his worst performance of the season, shadowing wide receiver Corey Davis. Gilmore was flagged for defensive pass interference twice, but only one was accepted. The other came on the touchdown he allowed.

— Jason McCourty, Jackson and Jones were rare bright spots in this game.

— Chung had a rough go with a touchdown allowed and two missed tackles.

— Brown and Hightower had two of their better games of the season.

— The Patriots did a good job stymieing running back Dion Lewis, who had 20 carries for 57 yards, but Derrick Henry went off for 11 carries for 58 yards with two touchdowns.

— It looked worse than the stats show.

— Allen, Brown and Cannon all dealt with injuries during the game and were forced to miss time. Allen and Brown both didn’t finish the game.

— It’s unclear why PFF didn’t charge White with Wesley Woodyard’s solo sack. Woodyard ran through White to get to Brady.

PASSING ACCURACY
— Of Brady’s 20 incompletions, one was dropped, six were thrown away and one was spiked.

— Brady was pressured on 25 percent of dropbacks. He was 2-of-8 for 22 yards with three sacks.

— Josh Gordon had the lone drop of the night. Brady was just 4-of-10 targeting the big wideout.

— The Patriots were down 14-3 by midway through the first quarter, so they didn’t have a chance to establish the run game.

— Michel looked a little rusty in his first game back from a knee injury, but he did show power on a 6-yard run up the middle.

— White still might not have been 100 percent after injuring his knee in Week 9. 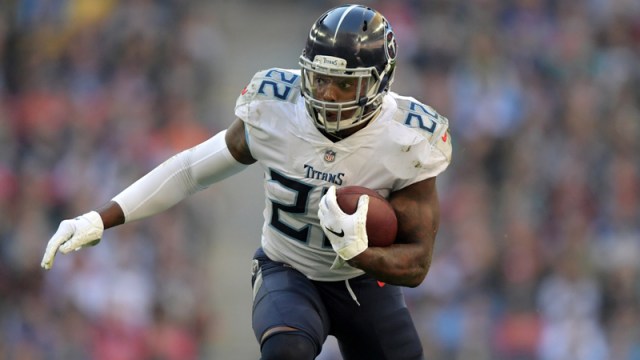 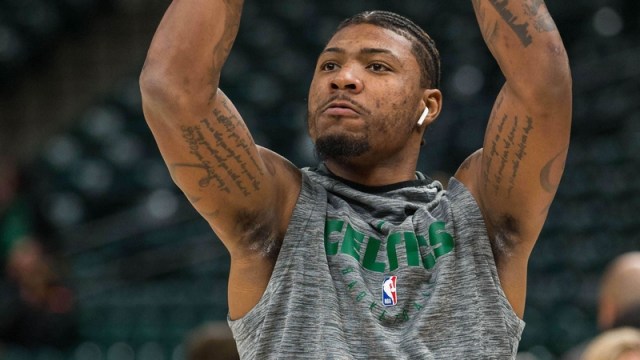 Marcus Smart Fed Up After Celtics’ Loss Vs. Trail Blazers: ‘It’s Not OK’