Wasn’t Kansas City supposed to be hit by an arctic blast this weekend? What happened to that weather event that sounds more like the name of an American Gladiator or blue Gatorade flavor?

Early in the week, Kansas City had a high and low of 1 below zero on Sunday while the Chiefs and New England Patriots were supposed to be playing in the AFC Championship Game. Now? It’s standard winter weather. The Kansas City forecast for Sunday calls for a high of 30 degrees and low of 22. While it would have been miserable to be out in that cold, it also would have made for very entertaining football game conditions.

Oh well. At least now the Patriots’ backup offensive linemen aren’t at risk for frostbite on the sideline in short sleeves sans jackets.

What’s the ceiling for JC Jackson moving forward, and do you think he can handle the pressure of the AFCCG and, if we win, the Superbowl?
— @pereira_report
Jackson’s current potential is limitless. I realize that sounds ridiculous, but it’s true.

He’s playing like a No. 1 cornerback, and he’s an undrafted rookie. I personally keep waiting for him to come back down to earth, and it really hasn’t happened.

Even when Jackson lets up a few catches, he proves to have a short memory and bounces back with big plays.

Jackson’s current upside is higher than Malcolm Butler’s after Super Bowl XLIX just because he’s played so many more snaps as a rookie.

At this point, one would have to pencil in Jackson as a starter across from Stephon Gilmore for 2019 and beyond. I’m probably higher on Jackson than most, but he’s really been unbelievable as a rookie.

I also don’t think Jackson will crumble under the pressure of the postseason. He already played well in the divisional round, and he seems to have the right attitude to not let the moment get too big for him.

That’s one of the reasons why I want to see Jackson covering Tyreek Hill on Sunday. He hasn’t been exposed yet. Let Hill prove he can do what no one else has yet.

Who?s a more under-the-radar guy you think will have a big impact on this game for either team?
— @_dxiv
My pick for the Patriots is defensive end John Simon. He was a standout in the run game, registering two tackles at or behind the line of scrimmage and also brought pressure with two hurries.

Simon significantly increased his role in the divisional round with Deatrich Wise Jr. out with an ankle injury. Despite Wise’s improved health, I’d still like to see Simon play a big role. He could be a disruptive presence against running back Damien Williams and quarterback Patrick Mahomes.

@KyleBrandt Made a brief mention of an interesting thought exercise and I want to hear your thoughts: JE11 – HoF candidate or no
?– @cjmck66
I can see the argument. He’s one of the best players in NFL postseason history. He’s second in playoff receptions and seventh in yards. He needs just 140 yards to tie Michael Irvin for second in the latter category.

But he doesn’t have the regular-season stats due to being a late bloomer in the NFL and some significant injuries in key seasons like 2015 and 2017.

Here’s the deal: If Edelman made the Pro Football Hall of Fame, I wouldn’t complain. He’s a special part of NFL history with his postseason moments. But it’s almost certainly not going to happen.

What would be your Patriots dream team since BB arrived? #MailDoug
?– gcabreu87
OK, here’s my team. I put a lot of thought into this and consulted with my buddy William Bendetson of Patriots Maven. He’s got some of the best recall of those early 2000s teams out of anyone I know.

The most difficult decisions were White over Kevin Faulk, not including Deion Branch and maybe Vollmer over Cannon on offense.

Faulk was great, but White has been so much more productive as a pass-catcher in the regular season and playoffs.

I thought about including Logan Ryan as the slot cornerback over Samuel but decided against it because Will reminded me Samuel was the Patriots’ nickel corner in 2003.

How are the Oreo ?Most Stuff? cookies? #MailDoug
— @Kid_From_Quincy?
I don’t know yet, though I did find them at Walmart on Thursday.

I’m saving them for when I get together with my friends and can rate them for Doug’s Buds on my Instagram account.

Should I make the Brown sugar Kielbasa in the crockpot for the game? #maildoug
?– @Castles_Burning
Sure, that sounds good.

Is it going to be Clayborn or Rivers assuming he?s healthy?
?– @FullertonDan
On Sunday? Both maybe?

I wouldn’t be surprised if Clayborn is gone after this season, though.

Can we all finally admit Goodell won? Imagine if patriots had been able to select chris jones with the 1st round pick we forfeited (who got picked just a few picks later). 1 more playmaker could have been difference vs eagles last year and enough to have homefield this year
— @docterchill
There were some good players taken after the draft pick New England lost for Deflategate: linebackers Jaylon Smith and Myles Jack, tight end Hunter Henry, defensive tackle Chris Jones and cornerback Xavien Howard.

Who knows, though. They could have taken a player like Kevin Dodd, who wound up being a bust.

What do you think the league perception is of ex-Patriot Jacoby Brissett? Is he future starter potential? Was it a huge mistake trading him?
?– ?@MarkJohnBennett
I think Brissett could be a low-level starter. I still don’t think it was a bad decision to trade him. It’s possible they would have cut him if they couldn’t find a trade partner.

Hey Doug, do you think we?ll see BB crack a smile if we win on sunday? Thanks!
?– @trent_abshireNE
Can’t see it happening.

You gonna go short sleeve like Andrews on SUN? #MailDoug
?– @PatsSoxFanVA
Not a chance. I’ll look like this:

It's not too bad outside when you basically wear a sleeping bag as a jacket.

team who wins the toss takes the ball, yeah? #MailDoug
?– @MileHighCape
I like the idea. It worked for the Patriots on Sunday when they got out to a hot start over the Chargers.

Which Pats pending free agent or cap casualty is most likely to end in Miami next year?
?– @Renzi820
If he’s released, I could see Dont’a Hightower ending up with the Miami Dolphins or Detroit Lions.

Is the Patriots defense better prepared and armed to slow down this potent Chiefs offense this time? #MailDoug
?– @JimGilhooly1957
I believe they are. The Patriots’ defense has improved since Week 6 largely because of the play of Jackson. He’s been the Patriots’ second-best cornerback this season, and that should help immensely as New England tries to defend the Chiefs’ offensive weapons.

True or False: If the Patriots win the turnover battle Sunday, they win the game.
?– @WYTSports
True.

Could you see a scenario unfold on Sunday where Stephen Anderson emerges as a ?secret weapon? in the passing game? #MailDoug
— @1dominic_
Nah, I think he’ll be inactive again.

How effective is the KC run game without Hunt? Will the pats be able to focus more on the receiving threats because of his release?
— @ethan_kibler
Running back Damien Williams has been effective replacing Kareem Hunt as a runner, but Hunt was a much better receiver.

I think the Patriots will still try to focus more on the passing game than stopping the run, however.

With a full dedicated offseason and gaining 20-50 pounds, could Gronk make somebody’s roster as an Offensive Tackle. A reverse Kyle Turley, if you will. #MailDoug
— @FetzerValves
Yes, but why would he?

Who will be the Danny Amendola of this year?s playoff run?
?– @IrshadZahidi
I need to rant about something related to this question.

Edelman has always been better than Danny Amendola in the playoffs.

In 13 games, Amendola has 57 catches for 709 yards with six touchdowns.

And one of Amendola’s touchdowns came on a throw from Edelman!

I don’t know how Amendola somehow earned the reputation for being better than or equal to Edelman in the playoffs, but it’s not true.

That being said, I could see Phillip Dorsett continue to emerge in the playoffs.

Sup? #MailDoug
— @June__NYC
Not much. Just a little nervous about running into travel issues on the way to Kansas City with all the weather around the country.

How is that cutie patootie doing? #maildoug
— @MrQuindazzi
I’m doing great. Exciting to cover — oh, wait. You’re talking about Olivia. She’s great. She loves walking around, and her new favorite thing is pushing me and watching me exaggeratedly fall down. She’s a real hoot. 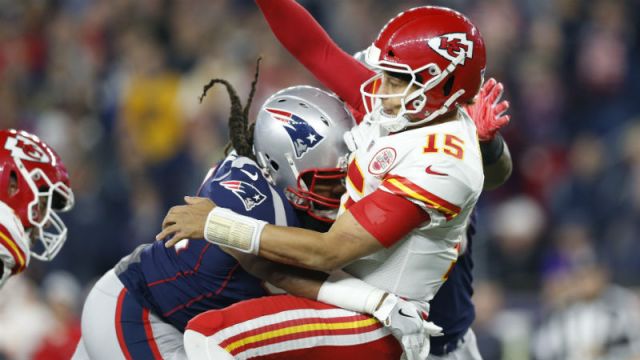 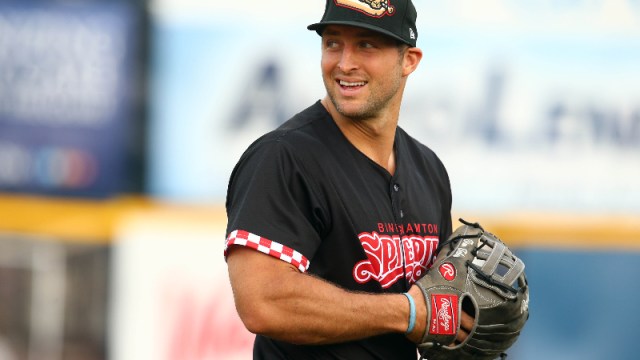