Monday morning, though, preparations would begin for the big, red monster they’re set to do battle with this Sunday in the AFC Championship Game.

The Kansas City Chiefs, who had little trouble dispatching the Indianapolis Colts in a snowstorm Saturday to secure their first AFC title game appearance since 1993, were a juggernaut during the regular season, riding the NFL’s highest-scoring offense to a 12-4 record and the AFC’s top seed.

They boast the potential NFL MVP in quarterback Patrick Mahomes, elite offensive weapons in wide receiver Tyreek Hill and tight end Travis Kelce, a running game that’s thrived since Kareem Hunt’s dismissal and, in a surprise twist, a defense that, while putrid during the regular season, limited the Colts’ offense to just six points in the divisional round.

?That?s an electric offense,” Patriots wide receiver Phillip Dorsett said after Sunday’s 41-28 win over the Chargers. “They?ve got a lot of good players. That quarterback is good. And No. 10, the receiver (Hill), he?s electric. So it?s going to be tough. It?s going to be tough for anybody to beat them.?

The Patriots already have beaten the Chiefs once this season — 43-40 in a Week 6 barnburner — but the setting for this weekend’s game will be drastically different.

That mid-October matchup was held at Gillette Stadium, where the Patriots have not lost since early in the 2017 season. The rematch will be played on the sure-to-be-frozen tundra of Arrowhead Stadium, a venue known for housing one of the NFL’s most raucous home crowds.

The Chiefs are 37-14 at Arrowhead, including playoffs, since head coach Andy Reid took over in 2013 and 8-1 there this season, with their lone loss coming by one point to the Chargers in Week 15. Included in those 37 home wins under Reid is a 41-14 evisceration of Tom Brady and the Patriots in Week 4 of the 2014 season — a loss that’s widely considered one of the worst of the Brady/Bill Belichick era.

The Patriots rebounded from that brutal defeat to win a Super Bowl that season, then won another two years later, then appeared in one more the season after that, losing to the Philadelphia Eagles last February. In order to become the first team since the early-1990s Buffalo Bills to reach three consecutive Super Bowls, they’ll need to overcome both a very good Chiefs team and the demons that have haunted them away from Foxboro this season.

New England went just 3-5 in road games during the regular season — their worst such mark since 2009 — including back-to-back December losses in Miami and Pittsburgh that made home-field advantage unattainable.

Recent history favors Kansas City in this one, too: Away teams are 0-10 in conference championship game since the 2012 postseason, when the Baltimore Ravens and San Francisco 49ers both scored road upsets to advance to Super Bowl XLVII. 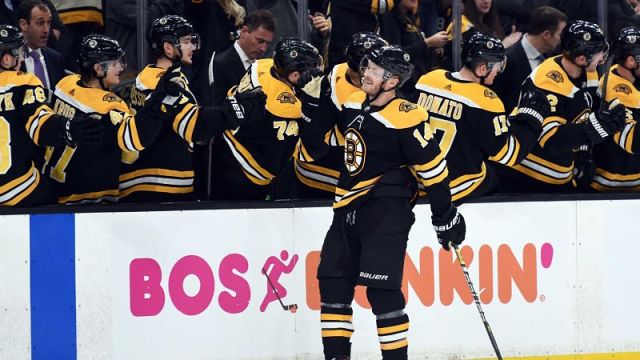