With Patriots Up Next, Russell Okung Believes NFL Is Out To Get Chargers - NESN.com Skip to content

The No. 5 seed Los Angeles Chargers survived a late Lamar Jackson comeback bid Sunday to down the No. 4 seed Baltimore Ravens, 23-17, to set up a date with the New England Patriots in the AFC Divisional Round.

If you ask Chargers offensive tackle Russell Okung, though, the Ravens rookie quarterback wasn’t the only thing the Bolts had to defeat at M&T Bank Stadium. They also beat the NFL, who the offensive tackle is convinced is out to get the Chargers.

As the Chargers were running out the clock in the final minutes, Okung was called for a holding penalty that negated what would have been a game-ending first down. Two plays later, the Chargers had to punt the ball back to Jackson with 45 seconds remaining.

Okung believes that flag, and a similar one called on him two weeks ago in a loss to the Ravens, is proof the Shield is against the Chargers and wants them to not host an NFL playoff game.

“Roger Goodell doesn’t want us to come home,” Okung said, via ESPN.com’s Eric D. Williams. “That’s all I can say.”

After playing a 10 a.m. West Coast kick against the Ravens, the Chargers will fly back to LA with another short turnaround before an early Sunday kickoff against the Patriots next week.

But while some might see that as a disadvantage, the Chargers now are 8-1 on the road this season and quarterback Philip Rivers was adamant his team is unfazed by the early start time or the NFL dynasty they will face in Foxboro next week.

If Goodell is indeed against the Chargers, he’ll have a tough time next weekend as he’s no big fan of Tom Brady and Bill Belichick, either.

Keep on top of the action with Skybook.ag., the best football sportsbook, throughout the NFL playoffs. 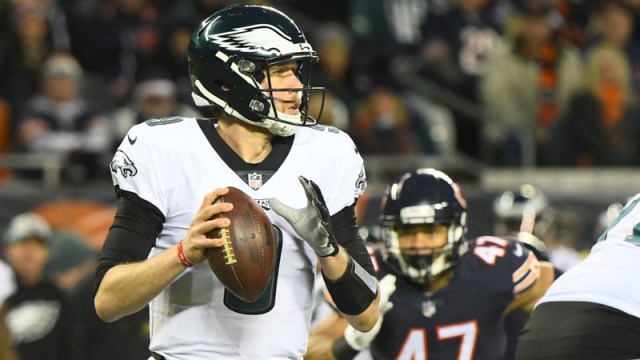 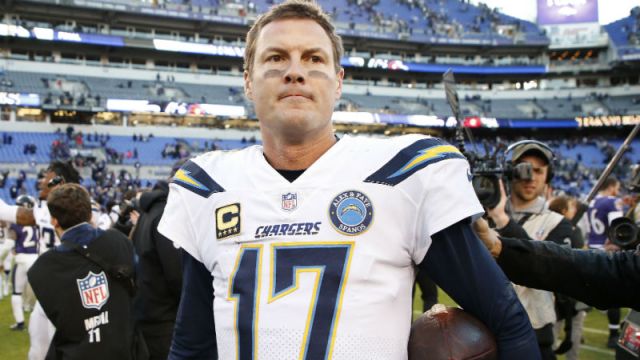 Patriots’ Divisional-Round Dominance Will Be Put To Test Vs. Chargers