The Patriots, once again, are Super Bowl champions.

The game’s only touchdown was scored in the fourth quarter, which made it the only Super Bowl to not have a touchdown through three quarters. And with the combined 16 points, it was the lowest scoring Super Bowl ever, “beating” Super Bowl VII when the Miami Dolphins beat the Washington Redskins 14-7.

Here are some other interesting stats and records that ESPN Stats & Info dug up from Sunday’s tilt.

He's the 7th wide receiver to win it and the 1st since Santonio Holmes in Super Bowl XLIII. pic.twitter.com/bbUGYhZgqP

Tom Brady has 6 game-winning drives in the 4th quarter or overtime of the Super Bowl.

Nobody else has more than 6 game-winning drives in the POSTSEASON since 1970. pic.twitter.com/6ExEnKo7y1

The Rams are the 2nd team in #SuperBowl history to fail to score a touchdown (1971 Dolphins in Super Bowl VI).

27 of the their 60 plays tonight went for 0 or negative yards (45%). pic.twitter.com/XPuMQKFvZx

Tom Brady (41) and Bill Belichick (66) are now the oldest QB and head coach to win a Super Bowl.

Brady passes Charles Haley for the most Super Bowl titles by a player (6).

Belichick ties George Halas and Curly Lambeau for the most NFL championships by a head coach (6). pic.twitter.com/34twatAfjp

What a night for the Pats. 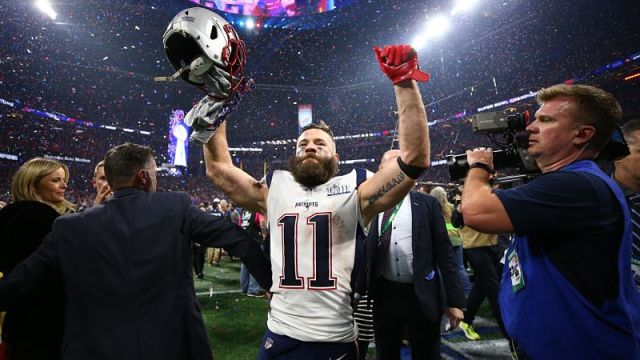