The New England Patriots are in the midst of a tough stretch when it comes to their top picks in NFL drafts.

The Patriots haven’t found a starter with their top selection in the draft since 2015 when they snagged defensive tackle Malcom Brown with the 32nd overall pick. The last top pick the Patriots signed to a second contract was offensive tackle Nate Solder, who was taken 17th overall in 2011. Since that time, they’ve used their top selections on defensive end Chandler Jones (traded to the Arizona Cardinals), linebacker Jamie Collins (traded to the Cleveland Browns), defensive tackle Dominique Easley (released after two injury-ravaged seasons), Brown (didn’t get his fifth-year option picked up), cornerback Cyrus Jones (released after two seasons) and defensive end Derek Rivers, who missed his rookie season with a torn ACL and played in just six games in 2018.

The Patriots could still re-sign Brown as a free agent this offseason despite declining to pick up his option.

The Patriots used their top 2018 pick on offensive tackle Isaiah Wynn, who, you guessed it, missed his rookie season with an injury. Wynn tore his Achilles in the preseason and was placed on season-ending injured reserve. It’s entirely possible Wynn only would have served as a top reserve as a rookie anyway due to the strong play of the Patriots’ starting offensive line, left tackle Trent Brown, left guard Joe Thuney, center David Andrews, right guard Shaq Mason and right tackle Marcus Cannon.

When Cannon missed time during the summer, however, Wynn was inserted into the starting lineup at right tackle. Though Wynn, at 6-foot-2, 310 pounds, looks more like a center or guard, he strictly played tackle during training camp and the preseason.

Given his status as a 2018 first-round pick, it seems likely he’ll be a starter in 2019. And a slot should open up for him. Trent Brown is a free agent and should earn a contract that fits his massive frame as the top available offensive tackle. If the Patriots elect to pay up and re-sign Brown, then it’s possible the Patriots could choose to save money by trading or cutting Cannon. Basically, Wynn is almost certain to have a starting role next season at either left or right tackle.

There’s no other reason for the Patriots to have spent such a high pick on Wynn other than to make him a starter.

And he showed tons of promise during his college career at Georgia. He allowed just two sacks and five total pressures as a senior in 2017, according to Pro Football Focus. He didn’t allow a single sack in 2016 and let up just 10 total pressures in 2015.

Wynn was around the team in 2018, so despite playing just nine preseason snaps, he should be a step ahead entering his second season. The Patriots likely will re-sign top reserve offensive tackle LaAdrian Waddle and could even draft another player in case Wynn falters, but there will be a lot of pressure on the second-year pro to succeed in 2019 given the success of the O-line in the Patriots’ Super Bowl LIII win. 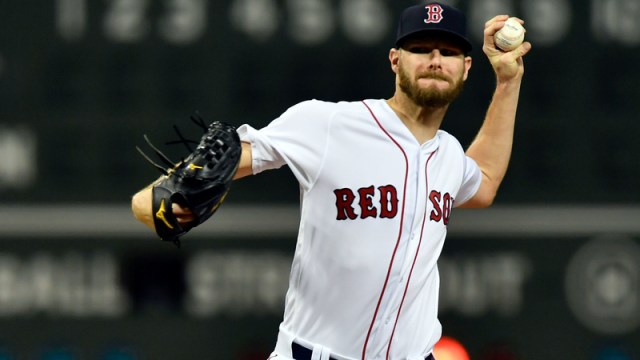 Red Sox Have Had Extension Talks With Chris Sale, But Striking Deal Not Easy 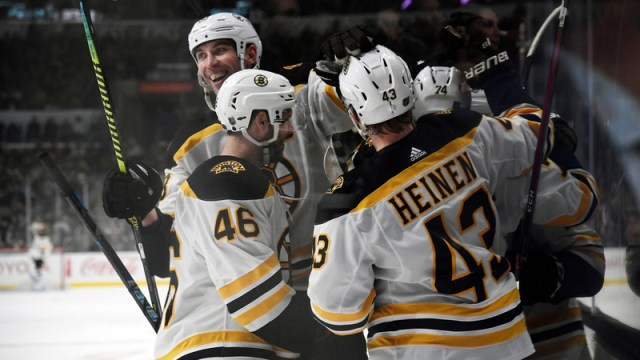