How Patriots' Defense Recovered From Rare Deficit To Shut Down Redskins - NESN.com Skip to content

Following Sims’ 65-yard jet-sweep touchdown, the Patriots found themselves trailing for the first time in the 2019 season — against the winless Washington Redskins, no less.

It was an uncharacteristically sloppy play by New England’s NFL-leading defense, featuring ghastly missed tackles by Devin and Jason McCourty and another, less egregious one by Duron Harmon.

?(The touchdown) was just on us,” cornerback Stephon Gilmore said. “It was nothing they did. It was just on us. So we just had to tighten up, and we did that after that.”

Gilmore’s assessment was mostly accurate. Had the McCourty twins not bungled what should have been an easy tackle, Sims wouldn’t have raced down the sideline for the longest touchdown New England has allowed since the Miami Miracle. And the Patriots certainly did tighten up, blanking their hosts the rest of the way en route to a 33-7 victory at FedEx Field.

But even without the tackling issues, Sims still would have picked up close to 20 yards on the play, thanks to a smart play design and an unexpected approach by offensive coordinator — and former Patriots quarterback — Kevin O’Connell.

With tight ends Vernon Davis and Jordan Reed both sidelined with injuries, Washington opted to play much of the game in “10” personnel with one running back and four wide receivers. New England expected to see this look sprinkled in, but not for Washington to utilize it as its primary offensive set.

Confusion over how to defend this four-wideout package made Sims’ score possible.

On the second play of its second possession, Washington split receivers Terry McLaurin and Trey Quinn out wide and positioned Sims and Kelvin Harmon on the wings, just outside of the offensive tackles. The Patriots’ fourth cornerback, J.C. Jackson (circled below), lined up opposite Kelvin Harmon, essentially playing outside linebacker. Just before the snap, Harmon motioned backward in the direction of running back Chris Thompson, sucking Jackson further toward the middle of the field. Quarterback Colt McCoy faked a dive to Thompson and a pitch to Harmon before handing the ball to Sims, who was shepherded across the formation by two pulling linemen.

Right guard Wes Martin cleared out edge rusher Kyle Van Noy — who argued he was held on the play — giving center Tony Bergstrom an open-field mismatch with the much smaller Jackson. Bergstrom won that matchup, and Sims went untouched until the McCourtys’ double-whiff more than 10 yards downfield.

“We had one bad play defensively, but it was really just a good play call,” Devin McCourty said. “It should have been a 15-yard or 18-yard gain with a tackle. We got to the sideline and talked about it, then we moved on. It was one play. We’re going to continue to play good defense, and from that point out, we did a good job adjusting.”

The most visible adjustment New England made was moving Jackson toward the sideline. For the rest of the game, when the Patriots faced 10 personnel, Jackson and Gilmore lined up outside, with Jason McCourty and Jonathan Jones covering the slot receivers.

It was from that alignment that McCourty intercepted a pass intended for Sims during the final minute of the first half. Jones created a turnover, too, against a different offensive set, punching the ball out of Quinn’s hands to force a fumble that linebacker Jamie Collins recovered.

In addition to that alignment tweak, the Patriots’ defense also became immune to misdirection.

When O’Connell dialed up a similar play to Sims in the second quarter, linebacker Dont’a Hightower smothered it, dropping the wideout for a 4-yard loss. When Washington tried a throwback screen to Thompson early in the fourth, Ja’Whaun Bentley flew in from the second level and blasted him in the backfield. “Whenever you have 11 guys on the field that are conscious of the ball or the quarterback and running back, good things happen.”

On the 13 drives following Sims’ touchdown, the Patriots forced nine punts and two turnovers. They held the Redskins to fewer than 10 yards on seven of those possessions and fewer than 20 on three more. And, of course, they allowed zero points.

Opponents have managed just two offensive touchdowns against New England this season and haven’t scored one of the passing variety since last year’s AFC Championship Game. The Patriots are on pace to set NFL records in both sacks and points allowed and the franchise record for interceptions.

“(The touchdown) was obviously a bad play,” Patriots coach Bill Belichick said. “We can certainly coach it better. We can play better. (But) they bounced right back. They had a higher level of determination to execute better.” 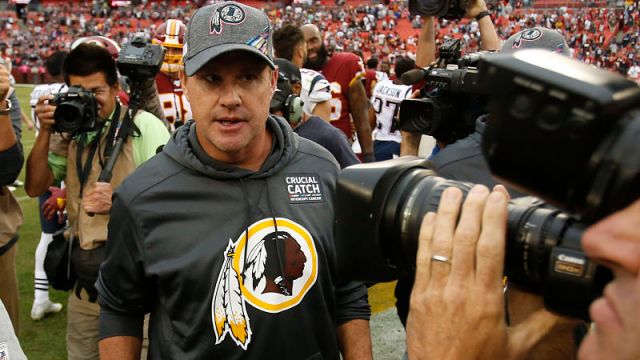 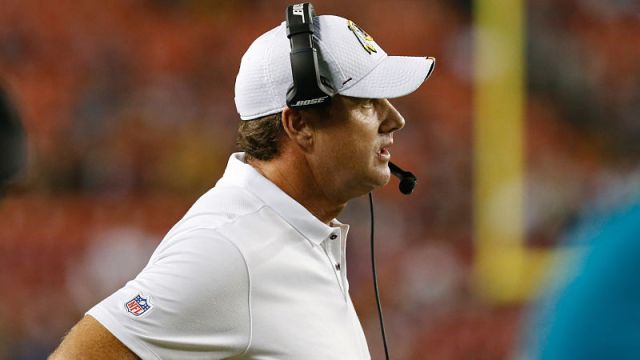