Buffalo Bills quarterback Josh Allen was a new, improved player three weeks into the 2019 season. Then the New England Patriots came to town.

Allen barely looked like he knew how to play quarterback Sunday in the Patriots’ 16-10 win over the Bills. He threw three interceptions and was sacked four times. All four of those sacks came on third down. Allen shouldn’t feel too badly. This is what happens to young quarterbacks when they face the Patriots.

?He didn?t know what we were doing,? Patriots linebacker Kyle Van Noy said. ?He was shook back there.?

The Patriots are 19-0 against first- and second-year starting quarterbacks since their second dynasty kicked off in 2014. Young QBs come from simplistic college offenses and don’t know how to react against a complex defense like the Patriots’ which is constantly changing its looks presnap.

“Me and (Devin McCourty) do a good job and the defense as a whole does a good job of working with each other presnap,” safety Duron Harmon said Monday. “Just not giving the quarterback what the coverage is, allowing him to have to read it out throughout the whole play, the entire play when the rush is coming.

“If we sit there in one coverage, and he snaps the ball and we’re still there, then it’s easy. He knows where he wants to get the ball. But when you make it hard on him and have him read it out, it gives the defensive line and the front seven a little more time to get there. And when we do that, if we give our defensive line more time to get there, they’re pretty productive and pretty good. It creates sacks.”

The Patriots’ first sack came with 3:39 left in the first quarter on third-and-9. The Patriots’ safeties, Harmon and McCourty, both were playing 20 yards off of the line of scrimmage. When the ball is snapped, Harmon drops deep into a Cover-1, and McCourty comes upfield. The Patriots sent four pass rushers, and linebacker Jamie Collins brought Allen down with a coverage sack. The Patriots’ second sack came with 2:16 left in the second quarter on third-and-5. The Patriots initially showed a post-safety look with McCourty as the lone deep safety. Patrick Chung dropped deep before the snap, and the Patriots actually were in Cover-2. They rushed five and defensive tackle Lawrence Guy pushed Allen back into linebacker Kyle Van Noy for the sack. The Patriots’ third sack came with 29 seconds left in the first half on third-and-5. McCourty initially showed as New England’s lone deep safety. Right before the snap, McCourty charged forward, and Harmon dropped back as the Patriots ran a Cover-1. They rushed four, and linebacker John Simon brought down Allen for another cover sack. The Patriots’ last sack on Allen came with 7:41 left in the third quarter on third-and-13 with a look that initially showed two shallow safeties, Chung and Jonathan Jones. Then Harmon (circled above) sprints backwards. And the Patriots dropped into a Cover-1 with Jones picking up the slot receiver. The Patriots rushed four and linebacker Chase Winovich … chased Allen down for the sack. The Patriots used more disguise on Allen’s first interception, which came with 10:46 left in the first quarter on first-and-20. They started out with McCourty as the lone deep safety. Then Jones dropped back as the Patriots ran a Cover-2. Here’s where McCourty was when Allen first made his decision to throw deep to John Brown: McCourty had already made his move before Allen actually decided to throw the ball. Allen’s throw dropped into the middle of the field, and McCourty plucked it out of the air for his fourth interception in four games. On Allen’s second interception, with 14 seconds left in the first quarter on first-and-10, he had running back Frank Gore wide open in the flat with plenty of room to run toward the sideline to get out of bounds after linebacker Elandon Roberts slipped in coverage. Allen seemed to see Gore open but elected to test cornerback JC Jackson deep, which is never a good idea. Jackson plucked the ball out of the air for the interception. J.C. Jackson in the first quarter:
Block a punt: ?
Intercept a pass: ? pic.twitter.com/BhYTsatWje

Allen’s third interception came with 4:06 left in the third quarter on first-and-10. Van Noy brought pressure, and Allen made the unwise decision to throw on the run, targeting Jackson on another deep pass. Jackson jumped out in front of Bills wide receiver Zay Jones for the pick.

— Sony Michel showed improvement from Week 3. He seemed run harder, plowing through contact. We’re not going to pretend it was perfect, but it was an improvement after last week’s nine-carry, 11-yard performance.

— A reason to be optimistic after Sunday’s subpar showing by the Patriots’ offense: Wide receiver Julian Edelman and running back Rex Burkhead clearly were limited by injuries. The offense should improve as they get healthy.

— The Patriots blitzed Allen on 12 plays. The Bills quarterback went 5-of-12 for 53 yards with an interception and a sack. The Patriots did a nice job of disguising their pass rush by crowding the line of scrimmage with multiple players. They have so many defenders who can rush or drop back into coverage, it can be extremely difficult for an opposing team to know where the pressure is coming from. The Patriots had five players who rushed the passer at least five times and dropped back into coverage on at least five plays — Van Noy, Collins, Chung, Roberts and linebacker Ja’Whaun Bentley.

— Quarterback Tom Brady did not have a strong day, but outside of his interception — which was bad — he played it safe by throwing the ball away rather than eating a sack or turning the ball over. Had he been sacked or thrown another interception, Sunday’s result could have been different. 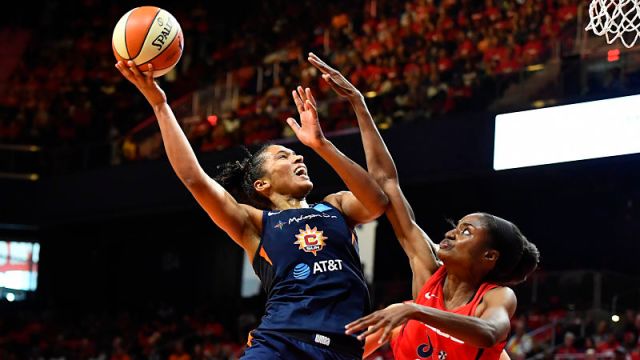 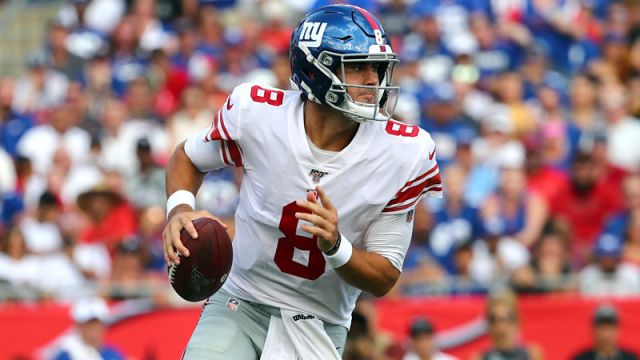