It’s a small sample size, but the Boston Celtics are off to a promising 7-1 start.

As with any early-season stretch, there are still issues to iron out. But luckily for Celtics fans, the good outweighs both the bad and the ugly through the squad’s first eight games of the 2019-20 season.

We know, we know, it’s not all positive news around Hayward, but for the sake of this particular section, we’re going to focus on the good.

This one is obvious. Hayward has been tremendous across all levels of his game so far this season, averaging 18.9 points, 7.1 rebounds and 4.1 assists on 55.5 (!) percent shooting in his first eight games. He’s proven to be a reliable primary scorer, while also serving as a functional secondary scorer and primary ball-handler when needed. This is exactly what Boston envisioned when they signed the former All-Star in the summer of 2017. Ideally, he’ll be able to seamlessly reinsert himself into the lineup when he is back to 100 percent.

Both Walker and Tatum, alongside Hayward, find themselves averaging 24.5 and 21.3 points, respectively, through eight games. That three-headed monster has helped mask Boston’s lack of depth scoring and frontcourt issues with ease early on. Before Hayward’s injury-shortened outing Saturday night, the trio was the only three teammates league-wide averaging 20-plus points apiece. And if that continues when Hayward returns, Boston’s offense will have the luxury of minimal concerns. Considering how Jaylen Brown is performing, however, he likely could step right in to fill the scoring void.

The undersized big man has been very solid, especially during Enes Kanter’s absence. He’s suddenly become a consistent shot blocker, which has been rather unexpected. But his consistent play likely lands him a starting gig on the majority of nights, unless Boston faces a major interior big. His versatility on defense is worth noting, too, which Brad Stevens has put to great use.

The Bad (with spin zones!)
— Injuries.

Boston was forced to deal with the injury bug right off the bat, as Kanter suffered a left knee injury in the team’s season-opening loss to the Philadelphia 76ers. He’d go on to miss the Celtics’ next five games, but the frontcourt, widely thought to be Boston’s weakest link, did a nice job staying afloat without its main offseason acquisition. Theis, as noted above, looks to be Boston’s starter in the majority of matchups.

Jaylen Brown missed three consecutive games due to an illness and infection, but Boston managed to go undefeated without its starting wing. Marcus Smart was able to insert himself into the starting lineup, and Walker, Hayward and Tatum seamlessly picked up the scoring in Brown’s absence. The 2016 lottery pick returned to the lineup Thursday in Charlotte, posting 12 points and five rebounds on 5-of-9 shooting. He upped the ante Saturday in San Antonio, going for 30 points on 10-of-18 shooting in a win over the Spurs. It’s safe to say Boston is happy to have him back.

The Celtics are even more thrilled by Brown’s return following Hayward’s newest injury, which suddenly became their biggest loss of the season thus far. We won’t harp on the injury, but it can’t be overstated how much the Celtics will miss the Hayward (especially considering how well the 29-year-old had been playing).

We still haven’t gotten any Romeo Langford minutes, which isn’t terribly surprising. The No. 14 overall pick was active just once over the Celtics’ first five games after dealing with a lingering knee injury from the preseason. He was sent to Boston’s G League affiliate, the Maine Red Claws, prior to the Celtics’ matchup Thursday with the Cleveland Cavaliers. Don’t look at the G League assignment as a negative, however. This was always the plan. Langford needs reps, and he’ll be able to get those in Maine. His injuries are the reason he falls under this subcategory.

It’ll be interesting to see if Langford gets a shot at some minutes in Boston during Hayward’s absence, however.

The Celtics didn’t get out of the gate very well across their first seven games. They’ve managed to pick up the slack with some huge second-half efforts, but Stevens likely won’t want them to stick to that formula the rest of the way.

Following Thursday’s win, Boston’s offense ranked first league-wide in fourth-quarter offense, fourth in third quarters and first in second halves. First halves? Not so good. Boston’s first-half offensive rating landed at 29th in the NBA on the back of their 26th-ranked second-quarter offense.

All of this results in the Celtics having the 14th-best offensive rating in the league. But with a little balance, that can be drastically improved.

Of course, Saturday’s win rang to a much different tune, with the Celtics putting up a season-high 72 first-half points. That total is even more impressive, considering it came in the finale of a three-game road trip. Either way, Boston will look to build on that Monday against the Dallas Mavericks.

The Ugly
— The bench.

As good as Boston’s starters have been, its bench has been just the opposite.

After a 6-1 start, the Celtics ranked 30th in bench scoring. The non-starters now are posting 26 points per game on 41.8 percent shooting, good for 29th in the league, after Saturday’s win. No, that shooting clip isn’t all that terrible, but the more interesting factor here is the rate at which the bench is taking those shots.

The Celtics rank 30th in field goal attempts from their bench as well, meaning that Boston’s depth not only is struggling to score, but also struggling to get and create their shots. Kanter’s return certainly will help, assuming he comes off the bench upon his return, but the second unit will need to start creating looks and looking for their shots at a more consistent rate.

We know Carsen Edwards can look for his shot — we’ve seen it plenty of times before. But he’s still getting his feet wet. It’d be misleading to expect the 21-year-old to produce consistent buckets off the bench right off the bat. After all, he’s played less than 10 professional games. Yes, he’ll provide buckets on plenty of occasions, but he’s probably not the guy you’re looking at to be the backbone of Boston’s bench scoring (yet).

Grant Williams is still finding his rhythm as well, but he’s far behind Edwards in terms of someone who can come off the bench and get you a bucket. The Tennessee product will give you solid, smart minutes, especially on the defensive end. But until he finds a consistent perimeter shot, his offensive game at the pro level will be relatively limited to a point where he won’t be relied upon for points off the bench.

Javonte Green has plenty of upside at the wing spot. He showcased his impressive athletic ability in his 12-point outing against the Charlotte Hornets on Thursday, and again with six points against the Spurs, but his minutes have been few and far between. His ability to defend multiple positions draws more reason for increased playing time, so he’s someone to monitor if Boston’s bench production, or lack thereof, continues.

We made the case for Green receiving more minutes here >>> 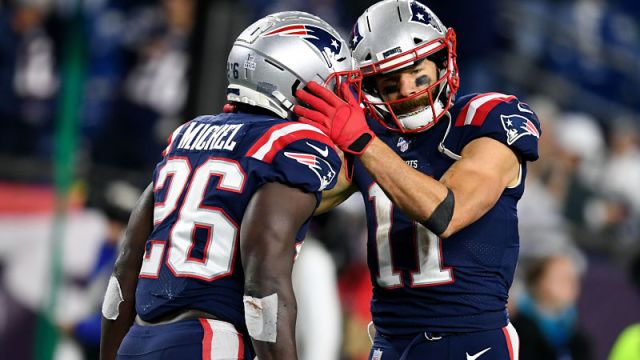 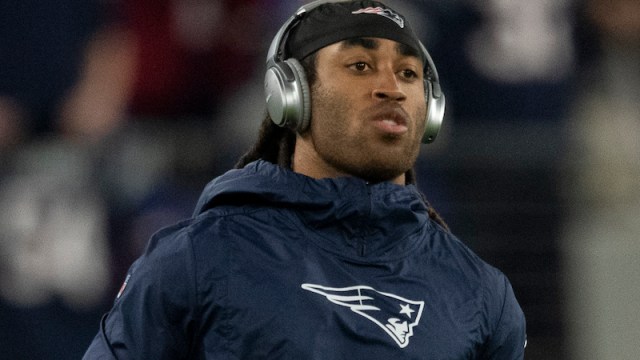