A lot can happen in a year — just ask the Boston Red Sox.

At this time last year, the Red Sox were still basking in the glow of a fourth World Series title in less than 15 years. The confetti was still being cleaned off the duck boats as Dave Dombrowski and the club’s baseball operations headed to the annual general manager meetings.

The GM meetings are once again upon us — signifying the unofficial start to the baseball offseason — and this year will be much different for the new-look Red Sox. For starters, there’s a new guy calling the shots. Boston sent Dombrowski packing after a third-place finish and plucked Chaim Bloom from the rival Tampa Bay Rays to guide the club in its efforts to start what the organization hopes is the next great Red Sox team.

That, quite frankly, is easier said than done. Bloom has his work cut out for him this winter, as he’s tasked not only with righting the ship but also retooling the farm system and cutting payroll all while simultaneously instilling a more “collaborative” environment.

Here are the biggest questions facing Bloom and the Red Sox this winter as the GM meetings begin Monday.

What to do with the payroll?
It’s hard to get a straight answer, but all signs point to a desire for the Red Sox to trim payroll and get under the competitive balance tax this winter. Ownership has admitted it’s a goal, but it’s not totally clear whether that’s Bloom’s top priority or if there’s some flexibility. Perhaps for the right players, there is — more on that in a second. But he’ll be helped by some deals coming off the books, as an exodus of high-price contracts (mainly Rick Porcello and the ghost of Pablo Sandoval among others) will free up more than $60 million. It’s not that simple, though, as extensions for Chris Sale and Xander Bogaerts (a combined $45.6 million) go into effect for 2020. So, that’s not a lot, and there’s fat that must be trimmed if the club is series about getting under $208 million to avoid the tax. All that brings us to our second question.

What to do with Mookie Betts?
Make no mistake about it, Bloom is already staring the defining decision of his Red Sox tenure in the face. We should all know the situation by now: Betts is entering the final season of his first contract and will hit free agency at season’s end. The Red Sox have reportedly offered Betts an extension in past years, and the former MVP apparently rebuffed those efforts. MLB Trade Rumors projects Betts will make roughly $28 million in arbitration this winter, and if he gets to the market, the mega-deals for players like Bryce Harper and Mike Trout will be used as baselines — perhaps in the neighborhood of $35-40 million per season. That’s on top of the aforementioned salaries of players like Bogaerts, Sale, David Price, J.D. Martinez and Nathan Eovaldi — to name just a few. Is trading Betts on the table this winter? Should it be on the table? That’s a debate that’s impossible to settle, especially considering it’s almost impossible to say what the Red Sox might be able to get for Betts. He sure seems hellbent on getting to free agency — so a trading team is unlikely to be able to extend him — but he’s also a game-changing talent who’s one of the three or four best players in the world. The Red Sox are better with him than without him, but if they get the feeling he’s not returning, they have to plan for the future at some point, too.

So, um, pitching?
Red Sox pitching finished 19th in MLB in ERA, 20th in WHIP, 27th in walks per nine innings and 17th in batting average against. Not great. That’s how you only win 84 games despite having an offense that’s essentially ranked top four or five in every offensive category. And here’s the thing: It’s not like there’s a guaranteed rebound coming in 2020. Does anyone know whether Price will be fully healthy for Opening Day and beyond? Price’s 2019 season ended early when he underwent surgery for a lingering wrist problem. Porcello is probably gone. That’s more than 400 innings right there among the three of them despite the injuries. You also can’t be sure what you’re going to get out Eovaldi. The only real certainty, right now, seems to be Eduardo Rodriguez. His 19-win season was a breakout performance, but it was also the first season in which the left-hander eclipsed 140 innings. Can you really count on him to do the same in 2020? They’re definitely going to need it — and a whole lot more. Oh, and we haven’t even mentioned the bullpen which also had its only problems in 2019, too. 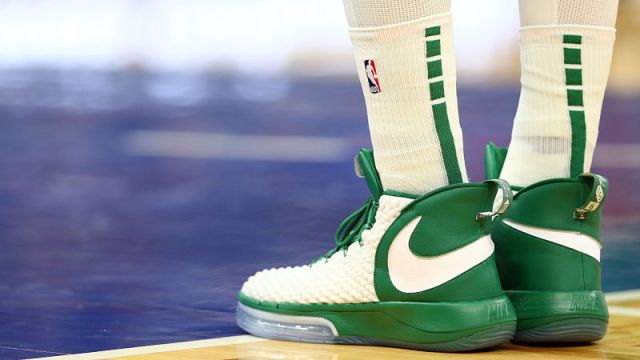 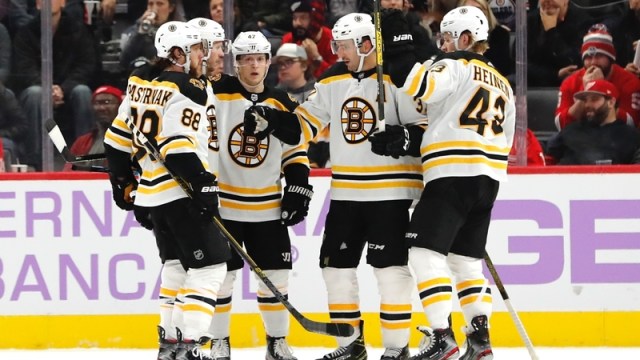