A Bears victory over the Kansas City Chiefs would have clinched a first-round playoff bye for New England, but Patrick Mahomes and Co. breezed past Chicago, winning 26-3 at Soldier Field.

The Patriots’ playoff position now will be decided in Week 17. They’ll clinch the No. 2 seed in the AFC and free passage to the divisional round if either of the following scenarios plays out next Sunday:

— Patriots beat or tie the Miami Dolphins at Gillette Stadium

If Kansas City wins and New England loses, the Patriots would be the No. 3 seed and would host the No. 6 seed — likely either the Tennessee Titans or Pittsburgh Steelers — in the wild-card round.

New England, which clinched its 11th consecutive AFC East title Saturday with a 24-17 win over the Buffalo Bills, blew out Miami in the teams’ first meeting, cruising to a 43-0 victory in Week 2. The Dolphins currently sit at 4-11 after defeating the 1-14 Cincinnati Bengals in overtime Sunday. The 12-3 Patriots are listed as 16 1/2-point home favorites.

Had the Chiefs lost in Chicago, the Patriots would have had an opportunity to rest some of their injured players next Sunday — a list that includes wide receiver Julian Edelman (knee/shoulder), offensive tackle Marcus Cannon (ankle) and cornerbacks Jonathan Jones (groin) and Jason McCourty (groin). Now, they’ll need to treat this Dolphins matchup as a de facto playoff game, as a loss could mean playing on wild-card weekend for the first time since 2009. 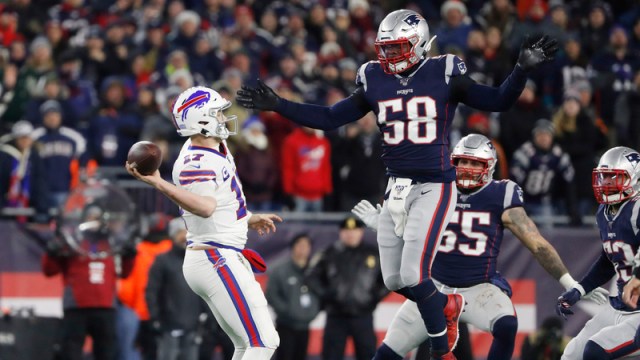 Given This Crazy Stat, Patriots’ Win Over Bills Should Come As No Surprise 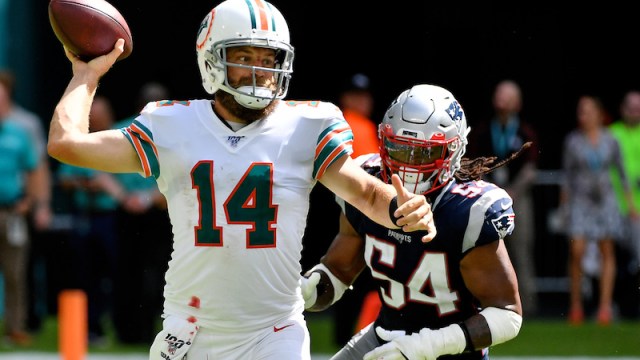