Had Tuesday night’s Boston Bruins-Columbus Blue Jackets game happened 10 — heck, even five — years ago, there likely would have been a gong show on the Nationwide Arena ice.

However, hockey is a different game now, and fighting has been nearly eradicated from the game. The same could be said for on-ice vigilante revenge following hits or plays ranging from questionable to downright dirty.

So it shouldn’t come as a huge shock that the Bruins didn’t really retaliate against Blue Jackets forward Emil Bemstrom at any point during their 3-0 loss after Bemstrom concussed B’s goalie Tuukka Rask early in the first period.

If there was going to be an exception to the rule of the “new NHL,” however, it probably would have come Tuesday night. The Bruins’ No. 1 goalie was concussed on a play that should have warranted a penalty. Bemstrom unsurprisingly pleaded innocent, but it was a play that if not dirty was pretty damn reckless. He came through the crease, relatively untouched, and smoked Rask in the head. Boston played the rest of the game without Rask and could be without the goaltender for the foreseeable future.

“I don’t know if anybody saw it (in the moment),” Bruins coach Bruce Cassidy told reporters after the game. “Should our guys, should there have been a better response? I think there could have been, yeah, but I don’t know if they saw it in real-time.”

That’s understandable. The game happens fast, and just about everyone on the ice was focused on the puck, as Bemstrom skated behind Torey Krug while elbowing Rask.

When the Bruins retreated to the dressing room after the first period ended, they realized what happened. As the second frame began, Bemstrom clearly was a marked man. Carlo invited Bemstrom to fight. Krug cross-checked Bemstrom in the back, presumably looking to do the same. Even Joakim Nordstrom tied up Bemstrom after a whistle and looked to give it a go.

But you do need two to tango, and Carlo said Bemstrom wasn’t willing to drop his gloves and answer for the hit.

Carlo said he offered to go with Bemstrom and was told, ?I?m not doing it.?

And Bemstrom gave his side of the story, saying the Bruins were going after him.

#CBJ Emil Bemstrom said being targeted all night by #NHLBruins was a new experience for him. Said the elbow to Tuukka Rask was unintentional, that he was crosschecked on one side and twisted his torso as he skated through the crease.
?It wasn?t on purpose, of course,? he said.

To recap, the Bruins could have responded right away, but they didn’t see the play. They could have — and tried to — get revenge on Bemstrom later in the game by challenging him to a fight, but the 20-year-old’s gloves remained glued to his hands. Perhaps the most reckless option would have been to jump Bemstrom and take him out regardless of whether he wanted to fight, but that comes with obvious and deserved repercussions.

There was, of course, one other option. Usually in these situations, if an opponent takes out your star center, you go after the other team’s top center. An eye for an eye, if you will. When it comes to goalies, though, that’s a different story.

“Typically, with that stuff, if they’re hard on your skill (players), then you’re hard on their skill or whatever the position is,” Cassidy explained. “But we’re not gonna go elbow their goalie in the head. It’s not gonna happen.”

It’s a relatively complicated situation, and it’s one that didn’t have a satisfying result for the Bruins. They lost the game, they lost their top goalie for who knows how long and they weren’t able to exact any sort of revenge. Now, they wait and see if the league seeks justice in the form of supplemental discipline for Bemstrom.

The Bruins should hold onto those receipts, though: Columbus returns to TD Garden on March 16. 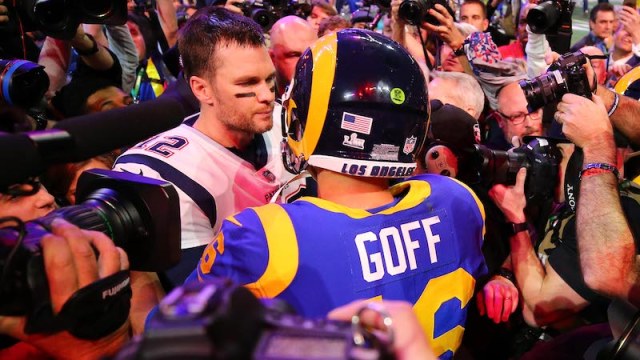 Tom Brady To Rams? Why QB Does (And Doesn’t) Make Sense For LA 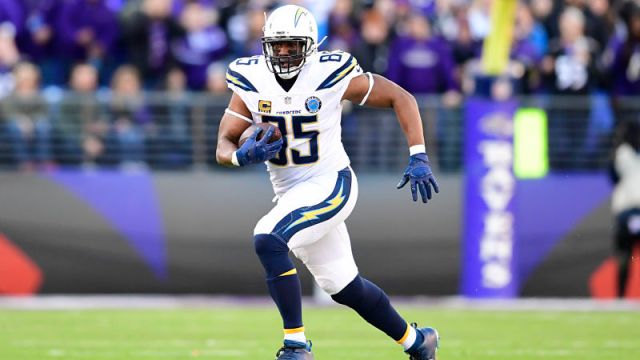