Next up: the Los Angeles Rams.

WHY IT MAKES SENSE
There are plenty of reasons why this doesn’t make sense, but we’ll get into those later.

Why would they be a fit? The Rams are ready to win now. They’re one year removed from losing to the Patriots in Super Bowl LIII, have a talented roster with good weapons and one of the best head coaches in the NFL in Sean McVay. Adding to that, McVay just hired Kevin O’Connell, a former Patriots quarterback familiar with Brady, to be his new offensive coordinator.

With running backs Todd Gurley and Darrell Henderson, wide receivers Brandin Cooks, Cooper Kupp and Robert Woods and tight ends Gerald Everett and Tyler Higbee, the Rams have significantly better offensive weapons than the Patriots. Cooks had a 1,000-yard season with Brady in 2017.

The Rams also play in a major market. They’re looking for a dedicated fan base in LA and have seats to sell in a brand new stadium. Brady could pull in the casual fans and sell plenty of royal blue and yellow jerseys. The Chargers make more sense than the Rams because Philip Rivers is a free agent, but there’s probably no better place for Brady to sell the TB12 lifestyle than Los Angeles.

Of course, the Rams have Jared Goff at quarterback, and they just handed him a four-year, $137 million contract. The Rams have roughly $21 million in cap space. They will likely have to restructure Goff’s contract this offseason anyway to create cap room because of a restrictive $21 million roster bonus due in 2020. Despite Goff’s $110 million in contract guarantees, he is tradeable, and if you’re going to restructure him anyway, creating more cap problems in the future, why not just trade him?

The Rams could free up $16 million in cap space by dealing Goff this offseason. Why would they do that? Goff’s not a great quarterback, and it was probably a mistake to give him so much money in the first place! He completed just 62.9 percent of his passes with 22 touchdowns and 16 interceptions in 2019 despite getting 45 combined games out of Cooper Kupp, Robert Woods and Brandin Cooks.

Goff has a 73.6 passer rating in four playoff games. They managed just three points against the Patriots in Super Bowl LIII. Many of the Rams’ talented players are hitting free agency in 2021 and 2022. They can’t really afford another mediocre season with Goff before they ultimately reach the conclusion that he’s not the guy.

There are plenty of quarterback-needy teams out there in markets where Brady likely wouldn’t be interested in playing. So, could the Rams trade Goff to, say, Carolina, Cincinnati, Indianapolis, Jacksonville, Miami or Tampa and then sign Brady to win a Super Bowl now?

It’s outlandish, but who saw Peyton Manning landing with the Denver Broncos in 2012?

WHY IT DOESN’T MAKE SENSE
The Goff contract is a problem. The Rams can trade him and still free up cap room, but then you’re spending that space (and more) on Brady. So, by trading Goff and signing Brady, the Rams would be winding up in a worse cap situation. But if the Rams feel like they could win a Super Bowl by upgrading from Goff to Brady, then perhaps it’s worth it. The rest of their roster certainly is strong enough as constructed.

Brady would have to learn a new offense with the Rams since it’s still McVay’s west-coast system. The Rams would also probably have to use a high draft pick to select a quarterback to eventually replace Brady. At least it would be a QB hand-picked by McVay, however. McVay inherited Goff.

VERDICT
A lot of dominos would have to fall for this to happen. But take Goff out of the equation, and is there a more logical destination for Brady than the Rams? 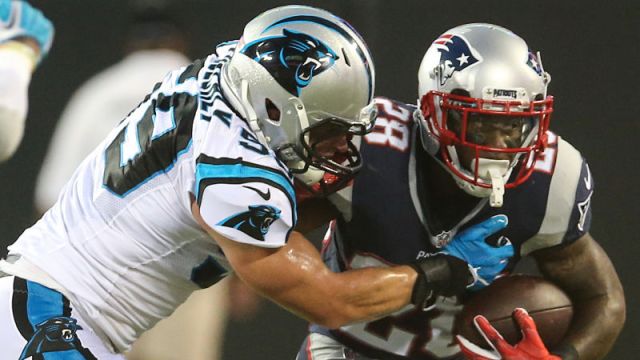 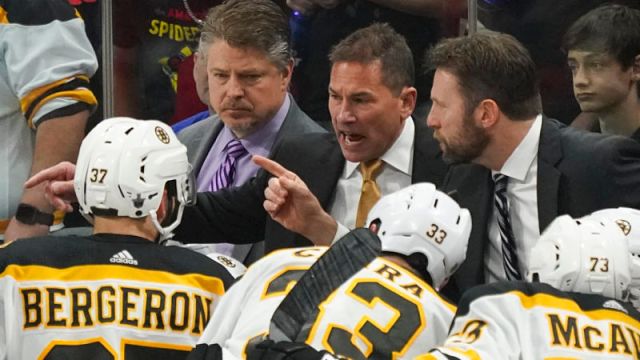