It’s been a wild week surrounding the future of Mookie Betts. But now it appears the Red Sox and Dodgers have once again come to an agreement.

LA and Boston reportedly agreed to a three-team mega-trade with the Minnesota Twins that would send Betts and David Price to the Dodgers, Alex Verdugo and Brusdar Graterol to Boston and Kenta Maeda to the Twins. But Graterol?s medical history was holding up the deal and Boston reportedly wanted a top-10 prospect added to the trade, causing the Twins to pull out of the deal.

The teams still were “focused on getting a deal done,” and that reportedly happened Sunday night.

According to ESPN’s Jeff Passan, Verdugo still will be part of the deal along with shortstop Jeter Downs, who will go to Boston, with Betts and Price packing their bags for L.A.

BREAKING: The trade that will send Mookie Betts to the Los Angeles Dodgers has been agreed upon, sources tell ESPN. Outfielder Alex Verdugo and shortstop Jeter Downs are among those who will go to the Boston Red Sox.

It will be #Dodgers shortstop prospect Jeter Downs joining Alex Verdugo in trade to #Redsox for Mookie Betts and David Price, reports @JeffPassan

Deals coming together. #Dodgers in agreement with #MNTwins, pending medical review – Maeda and cash would go to MIN for Graterol and another prospect. Other elements perhaps. Meanwhile, per @JeffPassan, LAD and #RedSox in agreement on Betts and Price for Verdugo-Jeter Downs-plus. 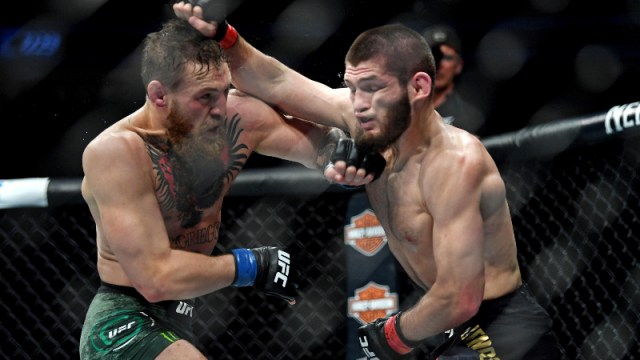 Khabib Vs. McGregor Rematch? Nurmagomedov’s Manager Chimes In On Possibility 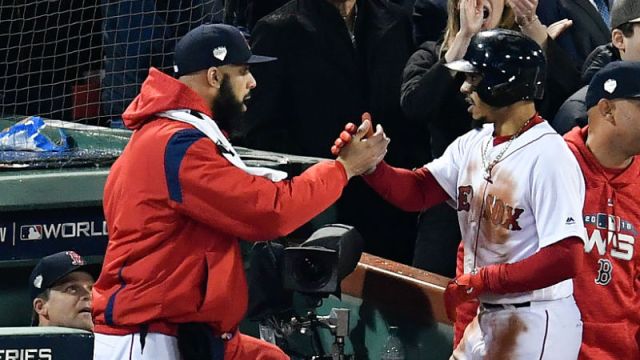