To put it lightly, the Celtics are going to be a little shorthanded Wednesday night in Cleveland.

Boston is dealing with a myriad of injuries, and that’ll be reflected on the roster it trots out against the Cavs.

So, here’s who won’t be available against Cleveland:

Jayson Tatum, who missed Tuesday’s embarrassing loss to the Brooklyn Nets with an illness, is considered probable, as is Javonte Green, who is dealing with a right ankle sprain.

So, then, who actually will be available against the Cavs? Here’s who will be active.

Two-way players Tacko Fall and Tremont Waters were at Tuesday’s shootaround and the Maine Red Claws don’t play until Friday, so there’s a chance they could be recalled and activated for Wednesday’s game.

Obviously not ideal, but the Cavs are a disaster, so the Celtics could be in a much worse position considering how undermanned they are. 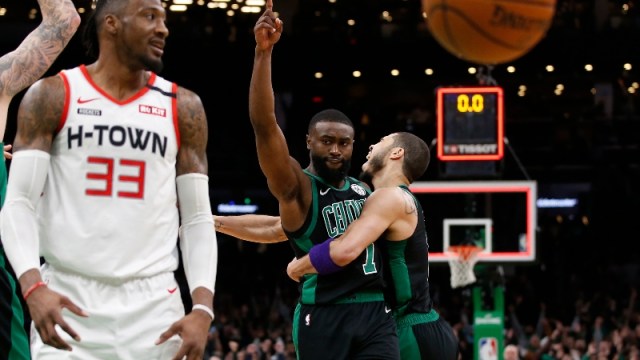