Should Patriots Go Bargain Shopping For Receiver Ahead Of NFL Draft? - NESN.com Skip to content

The New England Patriots already added one new body to their receiving corps when they signed speedster Damiere Byrd two weeks ago. And they’ll soon have a chance to pluck a young difference-maker or two from this year’s historically deep draft class.

But if they feel the desire to add another wideout in the meantime, some notable free agents remain available — veterans who, thanks to that loaded crop of rising rookies, should be highly affordable.

Geronimo Allison, who signed Sunday, is proof of that. Allison was a half-decent receiver for the Green Bay Packers for the last four seasons, and the best deal he could find on the open market was a one-year contract with the Detroit Lions worth the veteran’s minimum of $910,000, plus a $137,500 signing bonus.

Ditto for Nelson Agholor, a five-year starter with the Philadelphia Eagles. He signed an identical deal with the Las Vegas Raiders after making $9.4 million in Philly last season.

Byrd got just $600,000 guaranteed from the Patriots, with the ability to make up to $2.25 million if he hits all of his incentives. Here are a few more bargain-bin wideouts New England — which enters the week with very little salary cap space — could target:

Richardson was a bust in Washington, catching just 48 balls over two injury-plagued seasons. He was very good in his final season with the Seattle Seahawks, though, posting a 44-703-6 line in 2017 with 77.2 percent of those receptions resulting in first downs. He’s primarily an outside receiver but has slot experience, too, lining up inside on roughly a quarter of his snaps last season.

Injuries prevented Gabriel from building on his strong debut season in Chicago (67-688-2 in 2018) and the Bears released him last month to clear cap space. Best known for his wheels — he reportedly was clocked at 24 mph in one Bears practice — the former Atlanta Falcon would add more speed to a Patriots receiving corps that lacked it last season. His slot/wide splits are similar to Richardson’s.

Higgins drew the ire of ex-Cleveland head coach Freddie Kitchens last season and plummeted to the bottom of the depth chart, playing zero offensive snaps in his final three appearances before being benched outright in Week 17. But the Browns were a mess during Kitchens’ brief reign, and Higgins showed a lot of promise 2018, posting a 39-572-4 line with a 14.7 yards-per-catch average and a 73.6 percent catch rate — sixth-best among all wideouts with at least 50 targets. At just 25, he’d certainly be worth a flier.

Hogan’s lone season in Carolina was one to forget, with a knee injury shelving him for nine games and all but 39 of his offensive snaps coming in Weeks 16 and 17. At this point, it’s unlikely he has much left in the tank. But if New England believes he does, a low-risk reunion could make sense for both sides. Even in a disappointing 2018 season, Hogan still put up 532 receiving yards — a number all Patriots wideouts not named Julian Edelman failed to reach in 2019 — and averaged 15.2 yards per reception. Plus, he knows Josh McDaniels’ offense — a positive in an offseason that’s shrouded in uncertainty thanks to COVID-19. 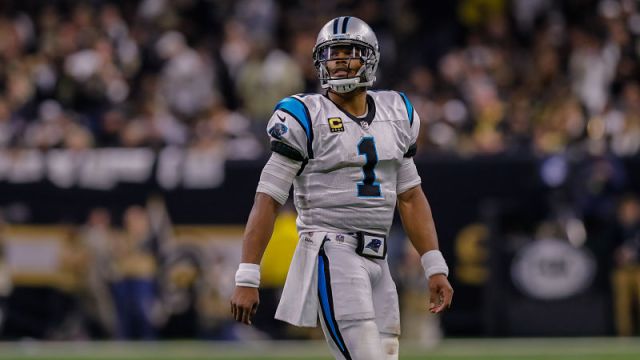 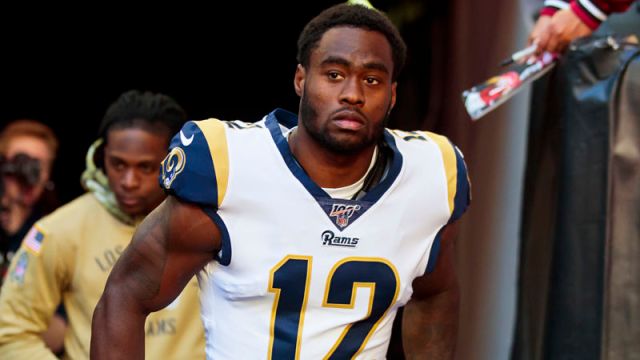