With Tom Brady gone, the New England Patriots are bound to tweak their offensive playbook. The biggest question now is how much offensive coordinator Josh McDaniels is willing to think outside the box to change his long-successful scheme.

At the very least, some simplicity might be in order. Tom Brady had played in the same offensive system for 20 seasons. He had worked with McDaniels for 13 of those 20 seasons, and the playbook has been growing and growing over that time. It might be time to scale it down a little bit for Jarrett Stidham or whoever takes over for Brady. (It will probably be Stidham.)

That will help Stidham and the Patriots’ inexperienced wide receiver corps.

Brady was also so good under center that there was some hesitancy to take the ball out of his hands. That hesitation has been lessened in recent years when Julian Edelman, James White and Danny Amendola all have attempted passes. But having a quarterback like Stidham could allow McDaniels to notch up that creativity and loosen the reins.

One way to do that would be by acquiring a player who could contribute similarly to Taysom Hill, or Lamar Jackson in 2018 before he took over as the Baltimore Ravens’ starting quarterback. There are two players in the draft who could add a jolt of athleticism under center in Kentucky athlete Lynn Bowden Jr. and Oklahoma quarterback Jalen Hurts.

Bowden is willing to do anything in the NFL. He was also willing to do anything at Kentucky. He started his college career at wide receiver after playing quarterback in high school. When things got dire under center for Kentucky early in the 2019 season, the Wildcats said, “ah, screw it,” and let Bowden play quarterback. And he was successful from a winning standpoint. Kentucky went 6-2 as Bowden didn’t do a whole lot of passing but ran all over the SEC, leading the SEC in rushing yards — no simple feat.

More Patriots: How Jakobi Meyers Could Benefit From QB Switch

The Patriots could draft Bowden as a wide receiver and introduce some option concepts with the versatile athlete. McDaniels has experimented with options in the past with Tim Tebow and Jacoby Brissett.

Hurts wants to be a quarterback at the NFL level. The Patriots could draft him, have him compete with Stidham and Brian Hoyer in training camp, and if he doesn’t win out, then still let him take the field as a Hill or 2018-Jackson-esque weapon. Hurts isn’t quite as explosive or dangerous as Bowden, but he does offer more from a passing perspective. He also caught five passes for 40 yards in college.

There’s also the matter that Stidham already offers more mobility than Brady. Stidham ran the ball 17 times for 88 yards in four preseason games last season. When the defense left a seam to run through, Stidham would take it and pick up valuable yards. During his days at Auburn, Stidham showed the ability to throw on the move while rolling out. The Patriots could introduce some bootleg looks that also would play to the athleticism of offensive linemen Joe Thuney, Isaiah Wynn and Shaq Mason. Stidham could also probably run some option concepts with his relative (but still average) athleticism.

Perhaps the change in quarterbacks could introduce other molds. When McDaniels left for the Denver Broncos and Bill O’Brien took over the offense, the Patriots drafted Aaron Hernandez and — ignoring all of the off-field connotations that come with him — have never really had a player like him before or since. While selecting a player like Purdue’s Brycen Hopkins — who looks more like a big wide receiver than a tight end — would usually be off the table, perhaps a switch in quarterback could open up the Patriots’ typical standards.

Or maybe not. But it’s a whole new world for the Patriots’ offense with Brady out and a new guy in. Anything is on the table for the Patriots without as statuesque of a quarterback under center. It will be interesting to see how the offense evolves under McDaniels and (probably) Stidham.

More Patriots: How Pats Can Replenish Biggest Needs Through Draft 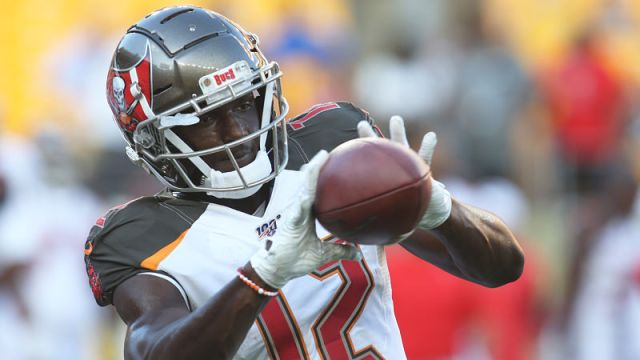 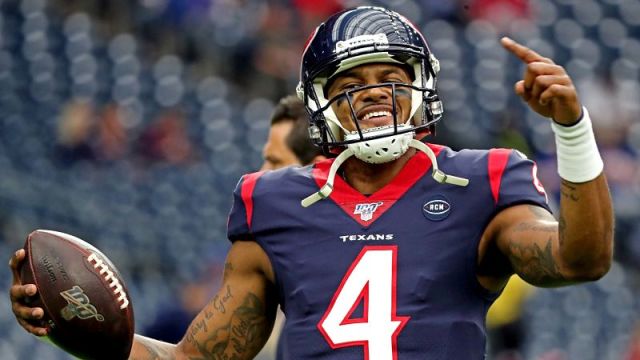