The Green Bay Packers haven’t just seen this movie before — they’ve produced, directed and starred in it, and they got started on the highly anticipated sequel Thursday night.

There was no shortage of raised eyebrows when the Packers traded up four spots to No. 26 to draft quarterback Jordan Love out of Utah State — 15 years to the date they selected Aaron Rodgers in the first round of the 2005 draft.

Rodgers, of course, sat behind Brett Favre for a few years before forcing Green Bay’s hand. The Packers and Favre endured a messy breakup, with Rodgers eventually taking over and becoming one of the best quarterbacks in NFL history. Ugliness aside, few teams have been as well-positioned at the quarterback position over the last 25 years than Green Bay, and the hope, it seems, is Love eventually extends that run of elite quarterback play to 40 years.

The best-case scenario for the Packers is Rodgers plays out the rest of his career at a relatively high level before eventually giving way to Love in a Titletown transfer of power devoid of acrimony. If that happens — and it’s a big if — Packers general manager Brian Gutenkunst deserves all the credit in the world.

But it’s an “if” for a reason. Make no mistake: The Packers took a sizable risk Thursday night when they not only drafted Love but traded up to do so (likely to ensure another team didn’t trade back into the first round). They sent a pretty clear message. While they might say they still love Rodgers — Gutenkunst said he’s still the best quarterback in the NFL — the selection said the Packers feel the end is relatively near for No. 12, and they are ready to spend premium draft capital to ensure an insurance plan is in place.

More NFL Draft: Winners And Losers From First Round

Here’s the thing, though: The Packers aren’t coming off a 7-9 season, and while Rodgers’ play has shown a clear decline, he’s not Don Majkowski out there, either. He still has good football left in him, especially as he continues to gain comfort and familiarity with head coach Matt Lafleur’s system.

Furthermore, Rodgers’ apparent decline just so happens to coincide with a clear lack of talent within his receiving corps. Davante Adams is one of the 10 or 15 best receivers in football, but after him, it’s not pretty. After Adams, a 2014 second-rounder, the Packers didn’t have a receiver taken before the fifth round on their roster in 2019, and three of their primary receivers were undrafted free agents.

Prior to Thursday night, Green Bay had never used a first-round pick on an offensive skill player since Rodgers took over at quarterback. He said on Pat McAffee’s show that it would be cool if that came to an end this year — we’re guessing this isn’t exactly what it meant.

Now, it’s not like the Packers won’t give Rodgers weapons before the draft is done. This year’s receiver class is historically deep, and a second-round receiver in this draft would be a breath of fresh air. But it’s hard not to see the Love pick as a signal the Packers don’t actually believe in this team. If they did, they could have drafted a linebacker to address the run defense issues or scooped up an offensive lineman like Isaiah Wilson at the back end of the first with Bryan Bulaga gone to the Chargers.

Maybe the dropoff between the talent late-first round and the second round was small, and the Packers felt it was best to take a chance at QB when they could. But the truth is, Green Bay didn’t do much to get better in 2020 with its first-round pick.

The fallout of that decision will be fascinating to monitor. Rodgers infamously holds grudges, and using a first-round pick to draft his successor in a year where upgrades could have been made should put a hair across his you-know-what. Maybe that’s an intended consequence of this whole thing. Maybe the Packers are hoping Rodgers reinvents himself the way Tom Brady did when the Patriots drafted Jimmy Garoppolo in the second round of the 2014 draft. If Rodgers plays well enough to make Love a moot point, then that’s pretty good, too.

Green Bay deserves credit for having the intestinal fortitude to take that risk. If the QB lineage continues with Love under center in a few years, the Packers will look brilliant. But the failure to upgrade an already good team with the potential for this to get real ugly is very much on the table, too.

Oh, and that’s assuming Love isn’t a total bust, either.

Sign Up For Round 2 Of NESN’s NFL Draft Game 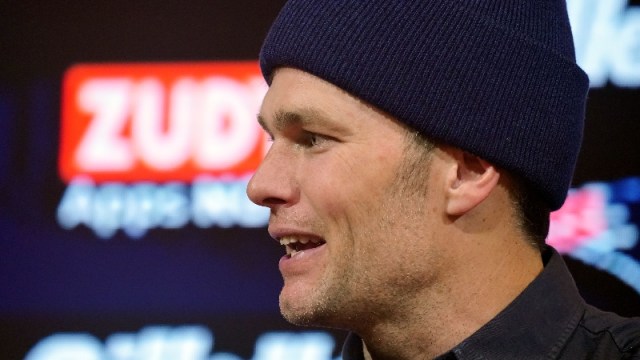 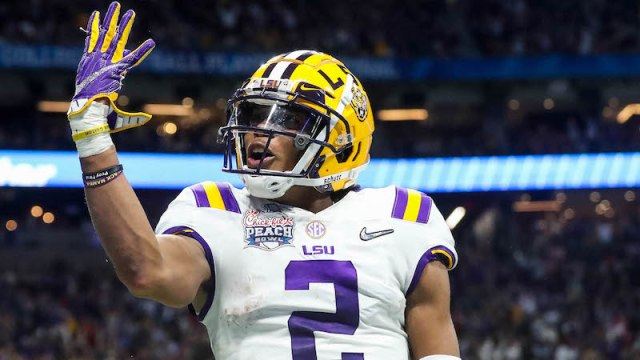 Did Patriots Want To Draft Justin Jefferson In First Round Before Trade?