There’s one common thread in the New England Patriots’ picks on Day 2 of the 2020 NFL Draft: versatility.

“I talked to Coach Belichick last night,” Jennings said. “He plans on using me kind of the same way that I was used at Alabama — using my versatility, being able to stack it back off the ball and line up on the edge and move around, making the most of wherever he puts me.”

Jennings played 567 snaps on the edge last season, per Pro Football Focus. He spent 25 snaps at interior defensive line and 59 as an off-ball linebacker. Jennings doesn’t appear to be quite as versatile as Uche, but he certainly has more movement skills than a pure edge rusher like Patriots defensive end Deatrich Wise. Jennings didn’t work out at the NFL Scouting Combine but he appears to have the athleticism to drop into coverage if necessary.

Jennings was Pro Football Focus’ top college edge defender in their run-stop rate metric last season. He registered 35 run stops on 278 snaps. He pressured the quarterback 44 times on 345 snaps in 2019, per PFF. Jennings was a solid pass rusher but he might have a role on early downs immediately as a rookie coming from Alabama’s defense. 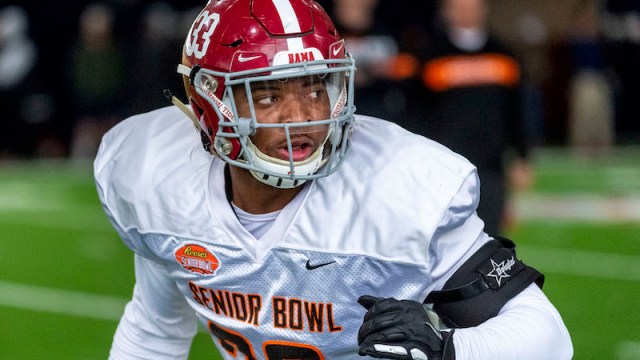 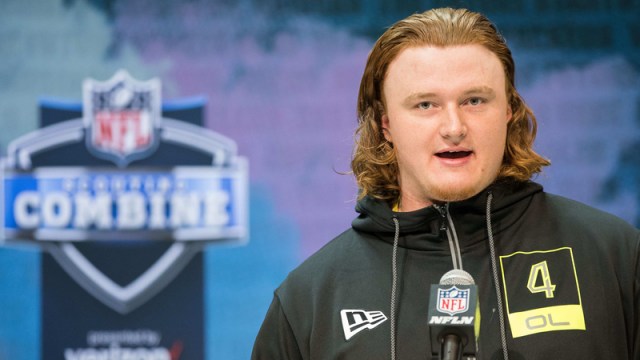