The New England Patriots already have a plethora of picks in the 2020 NFL Draft, but we acquired one more in our latest mock draft simulation.

We kicked things off with a trade out of the first round.

FIRST ROUND, 23RD OVERALL: TRADE
We don’t love the Patriots’ available options with the 23rd overall pick, so we searched for a trading partner. We wound up landing the 38th and 69th overall picks from the Carolina Panthers for the Patriots’ first-round pick.

Okwara didn’t test at the NFL Scouting Combine, but with the way he moved on the field, it wasn’t necessary. He’s 6-foot-4, 252 pounds with 34 3/8-inch arms, and he’s athletic enough to rush and drop from outside linebacker.

THIRD ROUND, 75TH OVERALL: WR Chase Claypool, Notre Dame
Claypool’s draft rankings are all over the place. He was still available on Fanspeak’s simulator using CBS’s rankings, so we grabbed him.

He runs a 4.42-second 40-yard dash in a flex tight end’s body at 6-foot-4, 238 pounds. The Patriots could use his speed and power and move him around the offense whether he’s playing wide receiver or tight end.

THIRD ROUND, 87TH OVERALL: OL Jack Driscoll, Auburn
Driscoll is 6-foot-5, 306 pounds, but he has just 33-inch arms. He played right tackle at Auburn but might have to move inside to guard in the NFL. It’s worth testing him at tackle first.

THIRD ROUND 98TH OVERALL: TE Albert Okwuegbunam, Missouri
Okwuegbunam is another freakish athlete at 6-foot-6, 258 pounds with a 4.49-second 40-yard dash. Okwuegbunam is big enough to play as an inline tight end if he can be coached up to block better.

He mostly played in the slot at Clemson, but he also worked in the box at strong safety and back deep at free safety.

FOURTH ROUND, 122ND OVERALL: LB Logan Wilson, Wyoming
He’s a big thumping linebacker who would fit in perfectly next to Dont’a Hightower and Ja’Whaun Bentley.

FOURTH ROUND, 125TH OVERALL: DT McTelvin Agim, Arkansas
Pro Football Focus’ draft guide profile on Agim reads: “A middle school principal told Agim that he would either be in jail or dead by the age of 18. In an interview with WholeHogSports prior to his first season at Arkansas, Agim said, ‘I wasn?t a bad child; I just had little guidance.’?

He was a captain as a senior at Arkansas.

He was a productive pass rusher at 6-foot-3, 309 pounds and played nose and 3-technique defensive tackle.

SIXTH ROUND, 195TH OVERALL: LB/S Tanner Muse, Clemson
Muse has an intriguing combination of size and athleticism at 6-foot-2, 227 pounds. He ran a 4.41-second 40-yard dash with a 6.94-second 3-cone drill and 4.12-second short shuttle. He’s a hybrid defender who would also be helpful on special teams. He led Clemson with four interceptions in 2019.

SIXTH ROUND, 204TH OVERALL: K Rodrigo Blankenship, Georgia
The Patriots will need to grab a kicker at some point. They might spend an earlier pick on a kicker, but we’ll grab one here in the sixth round.

SIXTH ROUND, 212TH OVERALL: G/C Danny Pinter, Ball State
Pinter began his college career at tight end then packed on weight and moved to offensive tackle. He projects as a guard or center in the NFL. The Patriots need some depth there on their interior offensive line.

SIXTH ROUND, 213TH OVERALL: TE Dalton Keene, Virginia Tech
Keene is our top athletic fit for the Patriots. He also has good size at 6-foot-4, 253 pounds. 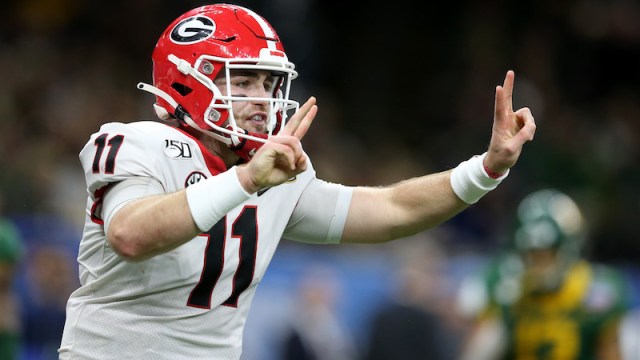 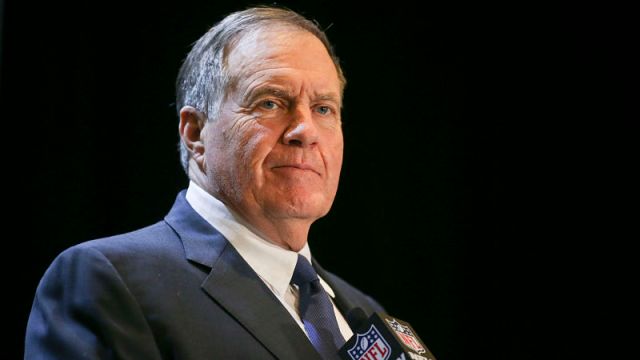