Potential Patriots: Running Back For Pats In Every Round Of NFL Draft Skip to content

The New England Patriots filled the majority of their glaring and immediate needs in free agency, granting them the freedom to simply take the best players available in the 2021 NFL Draft.

They should still probably avoid taking a running back at No. 15 overall in the first round, however. That’s the one move that understandably would drive Patriots fans up a wall on Day 1 of the draft.

The Patriots are returning Damien Harris, Sony Michel and J.J. Taylor at the position. They also re-signed pass-catcher James White and are getting Brandon Bolden back from a 2020 opt-out. Rex Burkhead remains a free agent after suffering a serious knee injury midway through the 2020 season.

Let’s narrow down their choices a little bit.

The Patriots don’t value pure speed when it comes to the position. They do typically draft agile and explosive athletes, however.

Here are the pro day measurements for this year’s running back draft class.

Using the average testing measurements for Patriots drafted running backs, we standardized the pro day results of this year’s class to come up with a “Score” metric to rank each player’s fit in New England. We also devised a second score based on “Key” measurements: 3-cone drill, 20-yard shuttle, broad jump and vertical leap.

Then we created an all-encompassing “Fit” metric using weights for the key metrics.

Here are the top 20 running backs ranked by our “Fit” metric:

The Patriots also, generally, do not draft running backs who fumble. James White, Stevan Ridley, Laurence Maroney, Shane Vereen and Damien Harris all finished their college careers with more than 90 touches per fumble. Michel (54.83 touches per fumble) was a notable exception to that rule.

We picked a running back that fits the Patriots in each round of the draft:

First Round: Travis Etienne, Clemson
We certainly are not advocating for the Patriots to take a running back in the first round, but if they did, it would come down to Etienne or Alabama’s Najee Harris.

There are some fumbling concerns with Etienne. He put the ball on the ground eight times in his college career with four coming on 216 touches as a senior in 2020. The Patriots did use a first-round pick on Michel in 2018 after he fumbled 12 times in his college career at Georgia, however. So, while the Patriots certainly value running backs who don’t turn the ball over, they have made one notable exception in recent years.

Second Round: Javonte Williams, North Carolina
Williams shared the backfield with Michael Carter at North Carolina, and both would be good fits in New England because of their versatility and athleticism. Williams is the bigger back and a tackle-breaking machine. He fumbled just once on 182 touches in 2020.

Third Round: Trey Sermon, Ohio State
Sermon played at Oklahoma and Ohio State during his college career. He’s another running back in the 215-pound range with a sub-7-second 3-cone drill. He only fumbled twice in his college career and didn’t cough up the ball in 2019 or 2020.

Fourth Round: Jaret Patterson, Buffalo
Patterson put together video game numbers at Buffalo in 2020, rushing 141 times for 1,072 yards with 19 touchdowns in just six games. He’s undersized at 5-foot-7, 195 pounds but has some pass-catching ability out of the backfield.

Fifth Round: Elijah Mitchell, Louisiana
The Patriots don’t usually draft for speed at running back, but Mitchell could be an exception at 5-foot-10, 201 pounds with a 4.35-second 40-yard dash. He had 49 receptions for 597 yards with five touchdowns at Louisiana and could be a pass-catching threat out of the backfield.

He sat out the 2019 season for academic reasons and finished his college career with 320 carries for 1,795 yards and 15 touchdowns and 49 catches for 479 yards with two scores.

Seventh Round: Kene Nwangwu, Iowa State
Nwangwu is 6-feet, 210 pounds and ran a 4.32-second 40-yard dash with a 6.83-second 3-cone drill. He didn’t produce much offensively with the Cyclones but was a threat on kick returns. With his size and speed, it’s worth getting Nwangwu in the building to see where he fits on a football field. 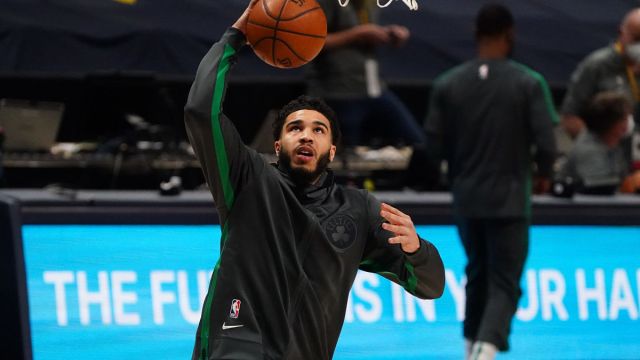 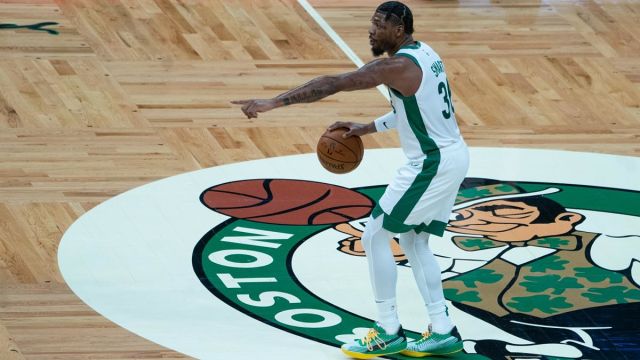