Eli Manning clearly still is getting acclimated to his new television job.

Monday marked the third installment of ESPN2’s “Monday Night Football with Peyton and Eli” program. The broadcast included the younger Manning brother looking back on his trips to Philadelphia as a member of the New York Giants, and he went just a little overboard with his recollection.

“Yeah, I felt like I got treated worse than Santa Clause whenever I went,” Eli said. “You know, you play in a lot of stadiums, I’m going to Dallas. You see some people there, they might give you a high five, they’re excited to see you. You got to Philly, I mean, you’re getting the double bird from a nine-year-old kid. I would give the bird. Can we do that? I’m sure you can blur that out, right?”

Yeah, Eli, producers can blur just about anything out, so as long as they have a heads up. But the former Giants quarterback’s double middle fingers clearly came as a surprise to the ESPN crew, so everyone tuning in got to see Eli chuck them up.

As you might imagine, Twitter lost its collective mind when the two-time Super Bowl champion threw up the birds on live TV.

Eli’s post-commercial break apology for the double middle finger might have been even funnier than the act itself.

“Sorry, earlier I gave the double-bird,” Eli said. “I guess that’s frowned upon. So I apologize if I offended anybody. That’s what a 9-year-old did to me, I thought I could do it back.”

The Manning brothers will be back on the call Monday for the Las Vegas Raiders-Los Angeles Chargers Week 4 game. Eli probably should avoid doing impressions of fans who used to sit in the old “Black Hole” in Oakland. 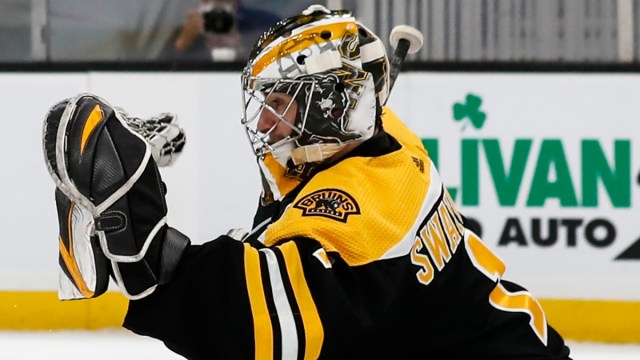 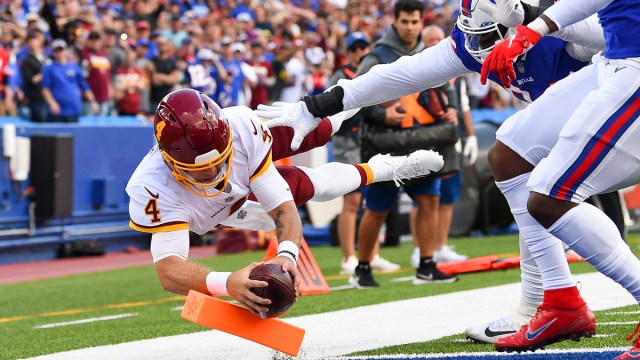