FOXBORO, Mass. — Shaun Wade’s New England Patriots tenure seems to be off to a promising start.

“Basically, he’s a sponge,” Phillips said Thursday. “He came from Baltimore, and he came the last week of training camp, so guys kind of already know each other and know how each other plays. And (as) the new guy in the room, he’s just trying to remember all our names.

“But we embraced him, and you see talent off the jump. Like, immediately. The guy can play.”

Wade was an intriguing pickup for the Patriots. The Baltimore Ravens drafted him in the fifth round (160th overall) earlier this year, but he was considered a potential first-round prospect before a disastrous final season at Ohio State. ESPN’s Mel Kiper Jr. had Wade ranked seventh overall on his 2020 preseason big board.

Boasting the type of length (6-foot-1, 196 pounds, 33 1/2-inch arms), physicality and tackling ability that the Patriots covet in their corners, Wade acquitted himself well in his preseason debut, playing 39 defensive snaps against the New York Giants after participating in just one Patriots practice. Head coach Bill Belichick called the 22-year-old “a smart kid” who “seems to pick things up pretty quickly.”

“He’s one of the guys (who’s) always listening because he wants to learn,” Phillips said. “He talks to the older guys in the room to see how to play certain techniques and stuff like that. He’s a guy that doesn’t say too much, but you know he’s receiving everything that’s being said around him. It’s cool to see.”

Though he’s still new to the Patriots’ system, Wade could have a significant role in Sunday’s season opener against the Miami Dolphins. No. 1 cornerback Stephon Gilmore is out for the first six weeks, and his projected replacement, Jalen Mills, did not practice Thursday after suffering an ankle injury.

If Mills can’t suit up against Miami, either Joejuan Williams or Wade likely would start opposite J.C. Jackson. Phillips also praised Williams, who has been unable to earn consistent playing time and has undergone multiple position changes since arriving as a second-round draft pick in 2019.

“Seeing him last year, he can cover,” Phillips said. “The dude can cover. He’s long, he can run and he’s physical. He’s pretty much everything you want.”

Whether it’s Mills, Williams or Wade, the talent gap between Gilmore — the NFL’s Defensive Player of the Year in 2019 — and his fill-in will be significant.

Mills struggled as an outside corner during his years with the Philadelphia Eagles before finding more success in a multipositional role last season. In 2019, his man coverage grade on Pro Football Focus ranked 109th among the 117 cornerbacks with at least 100 coverage snaps.

Regardless, Phillips said he’s confident the Patriots will be “fine” without Gilmore, who will be eligible to return in Week 7.

“You always want your guys out there,” Phillips said. “We all know how Steph is, and we all know when he’s out there, he’s a shutdown player. So it’s unfortunate that he’s not out here, but the guys that have stepped up in his role, they’ve been balling.

“Y’all know about J.C., and then we bring in guys like J-Mills and Joejuan, guys that have just stepped up and taken their game to a whole other level. We’ll be fine.” 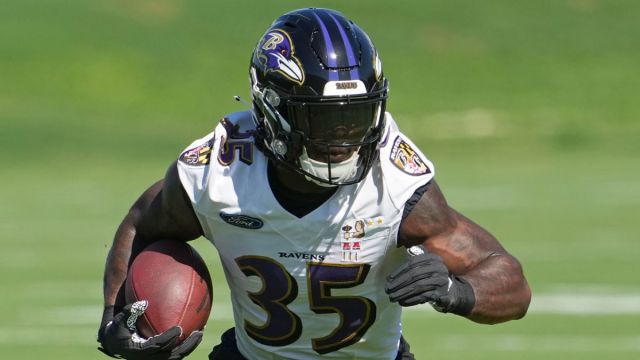 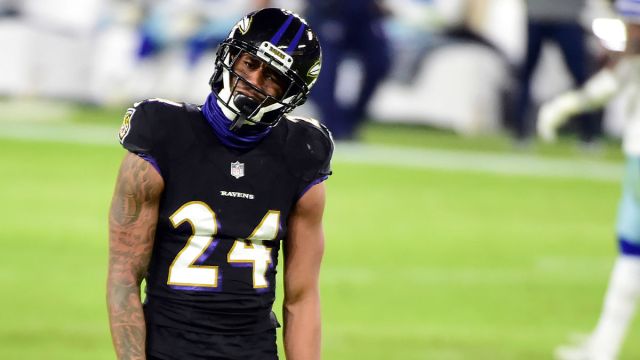 NFL Odds: String Of Ravens’ Injuries Should Have You Double-Taking AFC North