FOXBORO, Mass. — If you were choosing a defensive MVP from the first five games of this New England Patriots season, there’s only one real candidate: Matt Judon.

The Pro Bowl edge rusher has been worth every cent of his four-year, $54.5 million contract thus far, emerging as the most productive sack artist the Patriots have boasted in years.

Judon has brought down the opposing quarterback at least once in each of New England’s last four games. He did so twice in the red zone during Sunday’s come-from-behind win over the Houston Texans, upping his season total to 6 1/2 sacks.

Before this season, no Patriots defender had tallied more than 5 1/2 sacks in the team’s first five games — a mark shared by Chandler Jones and Andre Tippett. If Judon keeps up this torrid pace, he’d finish the season with 22 sacks, which would smash Tippett’s franchise record of 18 1/2, set in 1984.

Asked Wednesday how he’s been able to be so productive, so quickly, Judon offered a simple explanation, crediting his teammates, his coaches and his own intelligence.

“I think I’ve put in the time,” Judon said. “I think I’m a smart player. And I think as well as myself, just the guys in that locker room. It’s really not me. I’m making the plays and all that stuff, but me and Josh (Uche), we talk about pass rush and tackle placements, all that stuff, as we watch film apart and then we bring it back together.

Only Cleveland Browns All-Pro Myles Garrett has more sacks this season (seven) than Judon. Judon also ranks fifth in the NFL in quarterback hits (11) and tied for first in tackles for loss (eight) alongside Garrett and Nick Bosa.

And Patriots coach Bill Belichick believes the 29-year-old will continue to improve as he gets more and more comfortable in the Patriots’ defense.

“Matt’s an explosive player,” Belichick said Monday. “He’s certainly given us a number of significant plays. I think as he continues to work with his teammates and build communication and adjustments in the defense that it’ll continue to get better. I think that’s still an area that he’s — I wouldn’t say it’s deficient, but I think it will improve, and it has improved over the course of the year, and I think it will continue to do that.

“But he’s made a number of big plays. He’s strong, he’s fast, and he’s instinctive, so he’s got some good tools to work with.”

While Judon has been an obvious standout, the Patriots’ pass rush has been overly top-heavy this season. Ranking second in both sacks and QB hits is Uche, who has three and three (and none since Week 2). No other Patriots defender has more than one sack or one QB hit. Rookie defensive tackle Christian Barmore ranks second in total pressures with 10, per Pro Football Focus, well behind Judon’s 22.

The Patriots addressed this deficiency last week by bringing back linebacker Jamie Collins, who registered a sack against Houston despite playing just three defensive snaps. 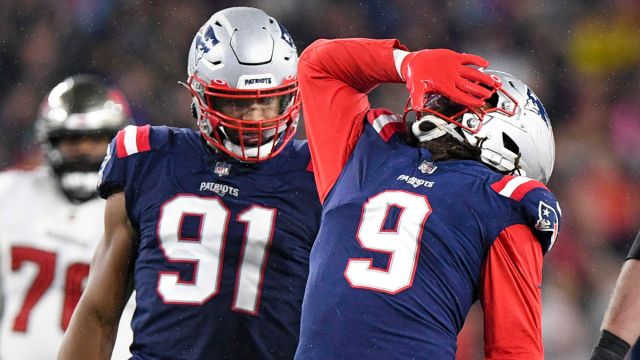 Patriots Still Searching For Identity, But This Is What It Should Become 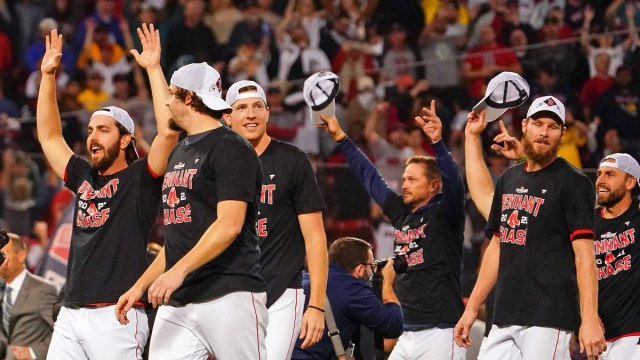