Rob Gronkowski won’t be playing against his former team after all.

The star tight end sustained a rib injury in Week 3, and was listed as doubtful for Week 4 against the New England Patriots. On Saturday, he was confirmed to be out, according to ESPN’s Jordan Schultz.

Since he is injured, Gronkowski won’t even make the trip to New England, so don’t expect any surprise appearances from him in Foxboro.

The writing had been on the wall that Gronk wouldn’t play this week. He sustained a rib injury after taking a hard shot in Sunday’s loss to the Los Angeles Rams, and had been listed as doubtful for the matchup against the Pats in Friday’s injury report. It’s worth remembering he lamented the fact that he constantly tried to rush back from injuries earlier in his career, so clearly he’s trying to turn over a new leaf on that front.

It needs no explaining why Gronk’s absence is notable. And given he’s playing on a year-to-year basis, his absence Sunday means we might never see him play against the Patriots. 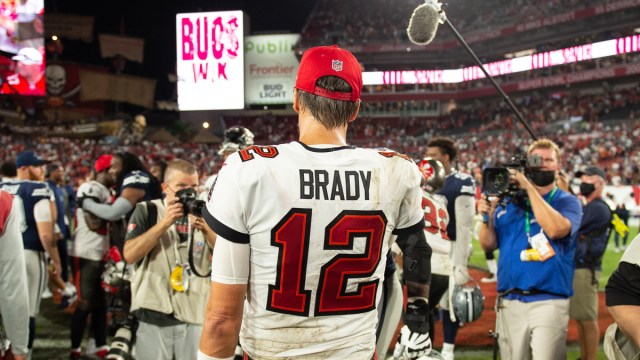