The 2021 campaign for the Boston Celtics has started off on a bad foot, and Monday’s fourth-quarter collapse against the Chicago Bulls (and the events that followed) picked it up tenfold.

Boston, which held an 18-point lead with six minutes left in the third quarter, got back to its losing ways on offense and it bled into the defensive side of the floor. All told, the Bulls earned a 128-114 win after out-scoring Boston 39-11 over the final 12 minutes.

Celtics guard Marcus Smart expressed his thoughts after the game and criticized Boston’s ball movement down the stretch. At the very least, he asked teammates Jayson Tatum and Jaylen Brown for more in regards to ball movement while, at the very worst, he publicly called out Boston’s two stars.

“I would just like to play basketball. Every team knows we are trying to go to Jayson and Jaylen and every team is programmed and studies to stop Jayson and Jaylen,” Smart said, as transcribed by Boston Sports Journal’s Brian Robb. “I think everybody’s scouting report is to make those guys try to pass the ball. They don’t want to pass the ball and that’s something that they’re going to learn.

“They’re still learning and we’re proud of the progress they are making but they are going to have to make another step and find ways to not only create for themselves but create for others on this team, to open up the court for them later in the game where they don’t always have to take those tough shots or take tough matchups when they do get the 1-on-1 and then you bring the trap. Just reading that,” Smart continued. “It’s something that we’ve been asking for them to do and they’re learning. We just got to continue to help those guys do that and to help our team.”

Tatum and Brown went a combined 1-for-10 from the floor in the fourth quarter. Tatum scored the only basket while also turning the ball over once. The Celtics took 24 shots as a team, converting on four of them with three turnovers.

“There’s only so much I can do when the ball isn’t in my hands and I’m standing in the corner,” Smart said, per Robb, hinting that he would have liked more opportunity to be a playmaker late in games.

To make matters worse, Tatum and Brown declined to speak with the media after the game. 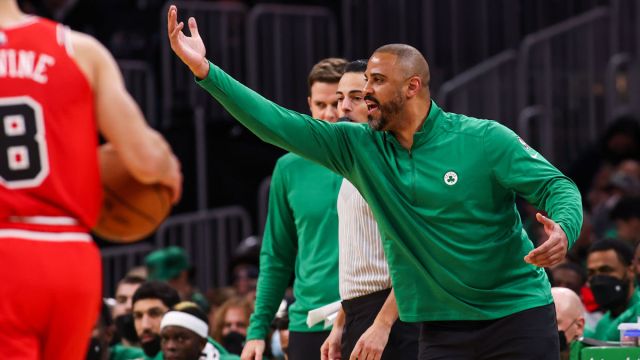 How ‘Careless’ Celtics Fell Apart Vs. Bulls, According To Ime Udoka 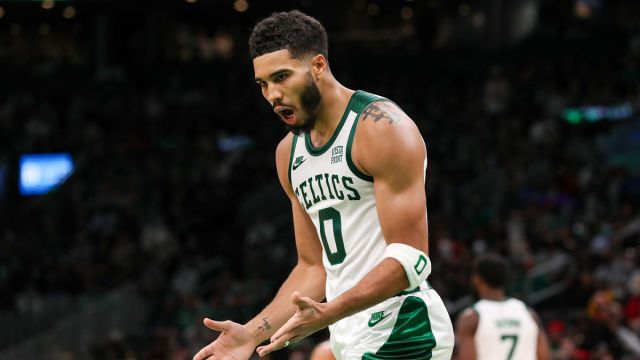 Monumental Changes For Celtics Haven’t Really Changed Anything Yet