If the Bruins want to make a splash at the NHL trade deadline, they probably oughta have the Vancouver Canucks on speed dial.

Believe it or not, we’re not talking about J.T. Miller. Instead, this is a discussion about another potential Boston target from the past: local kid and Canucks winger Conor Garland.

The idea of pursuing Garland is nothing new in these parts, though much has changed in those conversations. The Arizona Coyotes ultimately attached Garland to Oliver Ekman-Larsson (and his burdensome contract) as part of a deal sending the duo to British Columbia.

The Canucks are in the midst of another painfully mediocre season. A playoff push is not impossible, but Jim Rutherford is almost certainly better suited to continue the rebuild at next month’s deadline.

Rutherford has no shortage of assets, especially for a floundering team hovering at .500. Miller is the most attractive option, but he figures to be an integral part of the next good Canucks team. Players like Bo Horvat, Brock Boeser and Elias Pettersson are unlikely to move, either, which makes Garland — currently skating at right wing on the second line — the most valuable trade chip.

Sportsnet’s Sonny Sachdeva labeled Garland the one player on the trade block he’s watching closely, and he also made the obvious connection with the Bruins. His Sportsnet colleague, Elliotte Friedman, mentioned the possibility, too — three weeks ago.

The Canucks extended Garland upon trading for him, inking him to a five-year extension with a cap hit just south of $5 million annually. He has a solid goal-scoring touch with 13 tallies in 46 games this season and is a couple of seasons removed from potting 22 goals with Arizona. He’s a strong two-way player who excels at 5-on-5. You have to imagine he’d be even better if he gets a chance to play on a contender for the first time in his career.

As such, there would be plenty of competition if Vancouver made him available. Friedman mentioned the Rangers, Flames and Devils in addition to the Bruins as potential suitors in his aforementioned report.

It might come down to what Bruins general manager Don Sweeney prioritizes at the deadline. Defenseman is always a popular need, but expected-goals analytics seem to indicate Boston has been strong in its own zone.

The B’s, who rank 23rd in 5-on-5 scoring this season, have been held to two goals or fewer in seven of their last nine games. Granted, that has coincided with Brad Marchand’s six-game suspension, but secondary scoring depth remains a priority need for Boston, and Garland certainly could help address that issue.

He won’t come cheap, though, which is all part of the balancing act for Sweeney and the Bruins with the deadline exactly one month away. 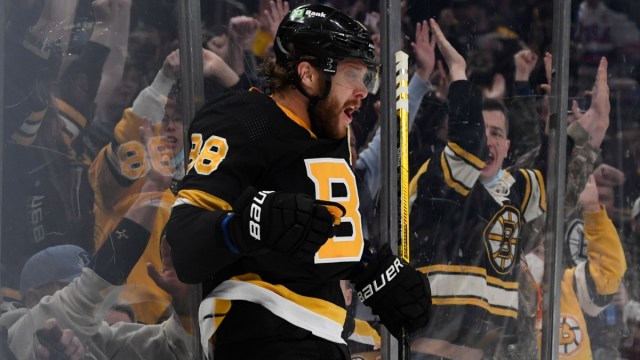 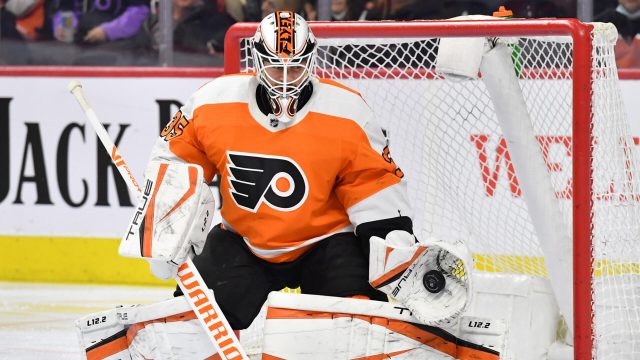 Flyers Goaltender Carter Hart Out, Martin Jones will start in net for Philadelphia on Monday