Celtics' Season Undoubtedly Was Success, But NBA Finals Were Failure Skip to content

First-year head coach Ime Udoka flourished; first-team All-NBA player Jayson Tatum took another step up the league-wide ladder; Jaylen Brown, though not an NBA All-Star like the season prior, continued his noteworthy improvement; Defensive Player of the Year Marcus Smart, while excelling on that end, proved his worth as the team’s point guard; NBA All-Defense selection Robert Williams looked like a budding third star; Al Horford brought a veteran presence that cannot be understated.

The Celtics gave Green Teamers so many highlights throughout the last six months — most notably reaching the next step by winning the Eastern Conference finals after a gauntlet of a postseason road.

But while the 2021-22 season was a success, the Celtics’ performance in the NBA Finals was a failure.

The Celtics officially handed over the best-of-seven NBA Finals to the Golden State Warriors on Thursday night. Boston lost Game 6 in front of its home crowd at TD Garden and thus lost the opportunity to raise the organization’s 18th banner.

… Did we mention turnovers?

Those were far and away the biggest factor in Boston beating itself. The Celtics couldn’t stop playing in a crowd. They couldn’t stop giving the ball away. It was the biggest reason why a fourth-quarter surge in Game 6 halted. In total, Boston turned the ball over 101 times in six Finals games (16.8 average) while Tatum set a record for most turnovers in a single postseason. Boston’s most important ball handlers — Tatum, Brown and Smart — were responsible for the majority.

The Celtics continued to do the same things game after game and hoped for different results. Insanity, right?

I mean, shall we take a trip down NBA Finals memory lane?

The Celtics, after stealing Game 1 in Golden State, helped the Dubs tie up the series as they allowed 33 points off their 19 turnovers in a 107-88 defeat in Game 2. At that point it was ‘Who cares? They stole home court.’ But Boston being outscored by 21 points in the third quarter was the first sign of its inconsistent play in the championship series. That would continue.

After again taking a one-game series lead, Boston failed to capitalize on its biggest opportunity of the postseason while hosting the Warriors at TD Garden with the opportunity to take a 3-1 series lead. Sure, Steph Curry put together a signature 43-point performance, but the hosts had a two-possession lead midway through the fourth quarter. The Celtics collapsed down the stretch as Golden State, again, benefitted from another 16 turnovers. Golden State’s 16 offensive rebounds, and a few proving quite timely, didn’t help either.

The series then was dealt its biggest swing in Boston’s Game 5 loss. Despite Curry looking pedestrian (0-for-9 from long range), the Celtics aided in their own demise by missing 10 free throws and allowing Golden State to score 22 points off 18 turnovers. It was the first time they lost consecutive games since March. Same story, different day.

And most recently there was Thursday. The Celtics coughed up 12 of their 23 total turnovers in the first half. Golden State tacked on another 15 offensive rebounds, while a brutal performance from the bench ultimately allowed the Warriors to go on a 21-0 scoring run at the end of first quarter and beginning of second. Those types of stretches, the consistent inconsistencies, plagued Boston in its biggest game of the year. It plagued this group in the biggest game of their respective careers.

Green Teamers might have been able to tip their hat should the Celtics have lost to a better team. And that’s what might make this NBA Finals more difficult to swallow. 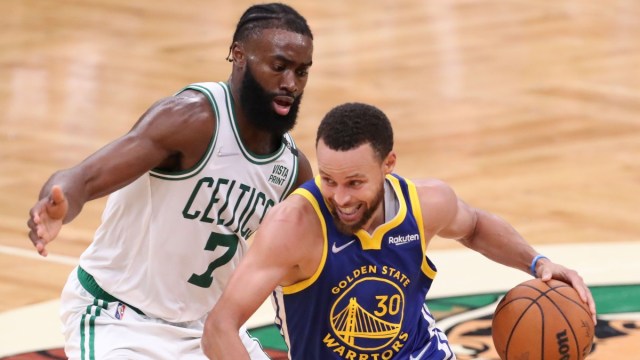 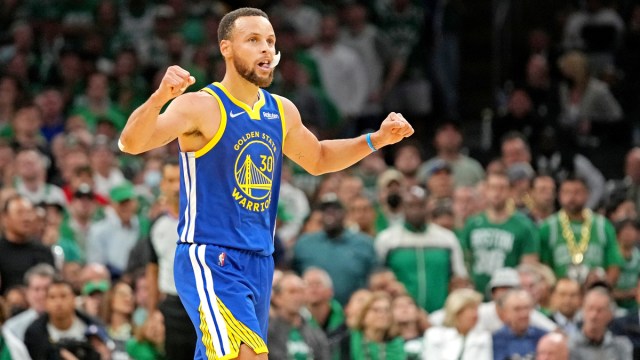