UPDATE (12:45 p.m. ET): The Padres and Nationals reportedly had an agreement that would send Juan Soto to San Diego. There is, however, a hold-up, as Padres first baseman Eric Hosmer needs to sign off on the deal. He has limited no-trade protection and was part of the original deal.

At the moment, that hasn’t happened.

There are, however, multiple reports indicating a deal will get done regardless.

ORIGINAL STORY: Juan Soto is about to join the San Diego Padres as one of the biggest trades in baseball history is completed.

The Padres and Washington Nationals, according to multiple reports, have agreed to a deal that will send the generational superstar to the West Coast for a massive haul of prospects. The Nationals also will send slugger Josh Bell to the Padres in the deal.

According to ESPN’s Jeff Passan, the Padres are sending a package of at least five players — mostly top-end prospects — to D.C. to complete the deal. Pitcher MacKenzie Gore, outfielder Robert Hassell and shortstop C.J. Abrams highlight the haul, per Passan.

Veteran first baseman Eric Hosmer, the obvious odd man out in all of this, appears to be the major leaguer going to the Nationals, according to multiple reports. He has limited no-trade protection, and the Nationals are on his list of teams to which he must approve a deal, according to The Athletic’s Dennis Lin.

Gore, a former top prospect, has graduated from the rankings, but he’s long been considered a top-of-the-rotation arm. He had been considered the top prospect in the system for the two previous seasons. Abrams is the Padres’ No. 1 prospect, per Baseball America, and Hassell is No. 2. Wood was the system’s fourth-best prospect, and Susana rounds it at No. 10. So, that’s four of the Padres’ top 10 prospects to get the deal done, with Adams and Hassell viewed as top-25 prospects in all of baseball.

It’s a hefty price, but Soto is one of the most productive hitters in baseball, even at just 23 years old. While he’s obviously short of the qualified plate appearances among all-time leaders, his .966 career OPS would rank him 18th all time — in between Frank Thomas and Larry Walker. That he’s not even close to his prime yet tells you just how good he can be.

Soto will help the Padres, currently sitting in second place in the National League West, not just in the short term. Part of the reason the return was so big is Soto is under contract for the rest of 2022 and through the 2024 season. San Diego’s window is wide open, as soon as this season, especially if they get Fernando Tatis Jr. back for the stretch run and into the playoffs.

Getting Bell, who is a rental, as part of the deal could prove huge in the short run, too. The former All-Star first baseman is having one of the best seasons of his career, with 14 home runs and 57 RBIs while playing decent league-average defense. He’s an upgrade over Hosmer both at the plate and in the field and should be motivated in the stretch run of a walk year.

The Padres are unlikely to catch the Dodgers in the NL West, sitting 12 games out entering play Tuesday. Their main concern will be trying to run down the Braves for the top wild-card spot while holding off the likes of Philadelphia or St. Louis to potentially host the wild-card series. 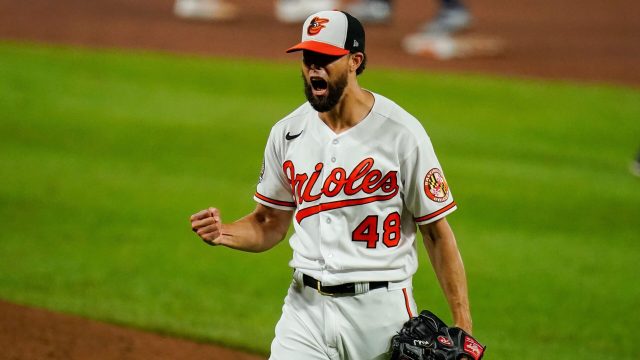