Is Sam Hauser On Verge Of Securing Key Role For Celtics? Skip to content

In the modern NBA, you can never have enough bench scorers, and the Boston Celtics look like they’ve found a viable one to add to their rotation.

Sam Hauser, entering his second season with the Celtics, has come on strong in the open to Boston’s preseason slate. Through two games, the 24-year-old is plus-14 and has 36 points, seven rebounds, four assists and a steal in 45 minutes off the bench. Those numbers are commendable, but what has made his performances so impressive is the fact that he’s 9-of-13 from 3-point range.

Hauser has electrified the Celtics bench and TD Garden crowd with his play, separating himself from the training camp pack. Following a 22-point performance in Boston’s loss to the Toronto Raptors on Wednesday, the Virginia product spoke about how he’s enjoyed the atmosphere this preseason.

“It’s cool. I didn’t get to play much last year and experience the atmosphere on the floor,” Hauser said postgame, per NBC Sports Boston. “So it’s been cool these last couple games to take it all in and I can’t wait for the crowd in the regular season. So credit to them.

“I think when you come off the bench and you’re able to make your first (shot), your confidence shoots up. It’s not an easy thing to do, to come in cold and try to make shots. But that’s what I’m asked to do, so I’m just trying to do that the best I can.”

While early returns this preseason have been solid, they don’t guarantee Hauser will continue to play well enough to earn a permanent spot in the rotation. He was technically a member of the 2022 Eastern Conference Champions, but spent the majority of the season and the playoff run watching from the bench — only playing a total of 11 minutes across five games, all in the NBA Finals.

Now, as Boston’s plan to reshape its bench with dynamic forward Danilo Gallinari sidelined, it’s expected that Hauser steps in and contributes legitimate NBA minutes this season. Can the second-year forward do that? Jayson Tatum, despite insisting he’s a better shooter, seems to think so.

“Sam is obviously a great shooter and his game has come a long way,” Tatum said, as transcribed by MassLive’s Souichi Terada. “He’s going to play a role for the team this year.” 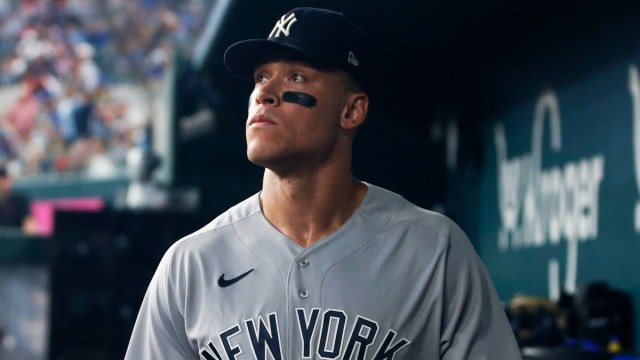 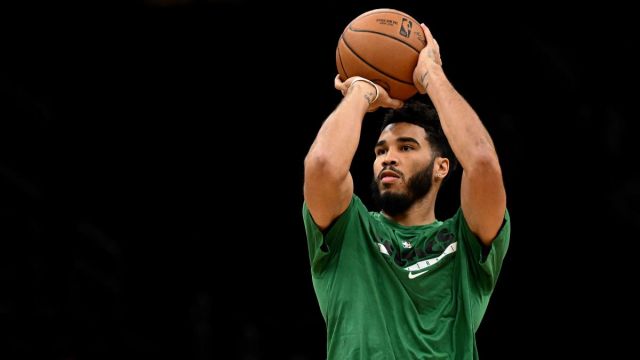