At the moment, Boston Celtics fans can only dream about what things will look like on the court this season when center Robert Williams returns.

It’s hard not to be excited about the possibilities, especially after video emerged from Celtics practice Wednesday of Williams giving a friendly reminder of the dynamic skill set his possesses when he took part in a scrimmage.

Williams, who underwent an arthroscopic procedure on his left knee in September, was running up and down the court with a brace on his left knee and showed off his terrific defensive ability by blocking a shot, which can be seen via video from The Athletic’s Jared Weiss and Jay King.

It’s certainly a very encouraging sign that Williams is going through game-like situations at practice, even though the Time Lord didn’t seem to be moving at full speed just yet. It’s still an indication though that he is ramping up as he gets set to rejoin the Celtics. Williams reportedly is expected to be back by Christmas.

While the Celtics defense has improved as of late after a troubling start on that end of the floor — Boston ranks 14th in the league in defensive rating heading into Wednesday’s matchup with the Miami Heat — they sure could still use the rim protection the 2021-22 NBA All-Defensive Second Team selection can provide.

And it seems like the Celtics won’t have to wait much longer for it. 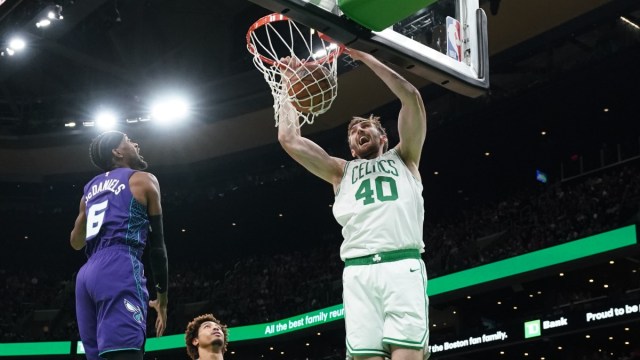 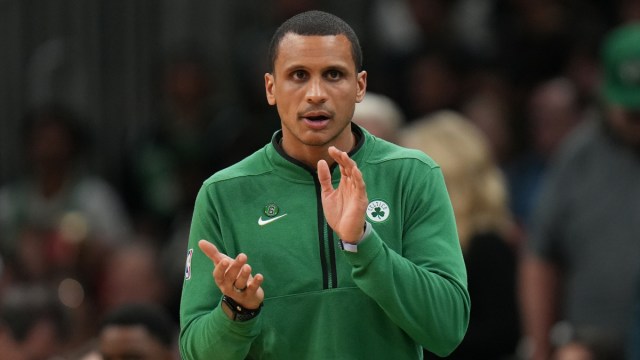