Tom Brady and the Patriots will look to keep their winning ways on track when they take on Andrew Luck and the upstart Indianapolis Colts. It would have been tough to imagine when the schedules were released that these two teams would meet a week before Thanksgiving holding the same record.

That’s the case, though, with the two 6-3 clubs to do battle on Sunday. NESN.com senior assistant editor Mike Cole and assistant editor Ricky Doyle are back at it for their NFL picks this week, and they’re split on this interesting matchup.

See all of their picks below, and hear them explain their picks — as well as break down their Thanksgiving eve hijinks — in the podcast at the bottom of the page.

Home teams are in caps, lines provided by Bovada.lv.

Note: The lines for the Baltimore-Pittsburgh and Chicago-San Francisco games had not been determined at the time of the podcast’s recording. 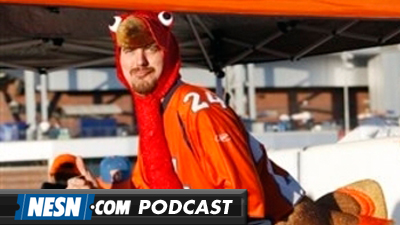