Arsenal FC is off to its worst start in 20 years, and its fans are bracing themselves for another season of discontent. They watch in agony, as former captain Robin van Persie sparkles with Manchester United and ask themselves “what if?”

But it’s not all doom and gloom in North London. The Gunners are flush with cash, a core of young players have established themselves in the first team, and the future certainly looks bright.

The two halves of Arsenal’s existence work together in imperfect harmony, endlessly building up and tearing down the dreams of its fans around the world. It’s a good thing that such a beautifully vicious cycle has its own soundtrack.

Two Arsenal songs have taken the internet by storm this season. Viral sensation “Sign da Ting” captures the fans’ mood, as Theo Walcott mulls over Arsenal’s contract offer. Will he extend his stay or jump as van Persie, Samir Nasri, Cesc Fabregas and others have done in the past? The other song, “Jack’s Back,” celebrates Jack Wilshere‘s return to fitness. Sidelined by injury for nearly 18 months, Wilshere finally returned to action last month. Will he continue on his path to stardom or did the layoff stunt his development?

NESN.com’s soccer editor Marcus Kwesi O’Mard is joined by Roxy Harris — the man behind the music — to discuss “Sign da Ting,” “Jack’s Back” and all things Arsenal FC. The music man (and devoted Arsenal fan) shares his views on the most important issues affecting the club, as we try to figure out what to make Arsenal in 2012-13 and beyond. If you haven’t already, be sure to click the links (in the song titles above) and hear the songs before listening to the podcast — you’ll appreciate it that much more.

Listen to the podcast in the player below, or subscribe to iTunes to listen there. 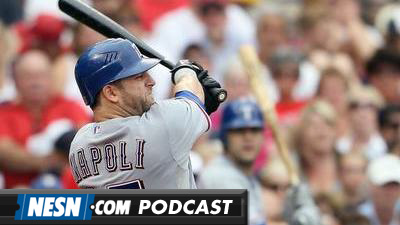 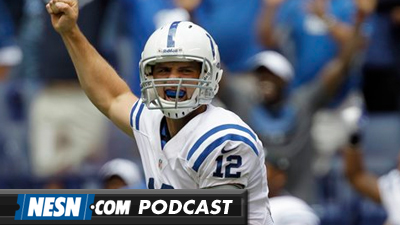