Editor’s note: Jeff Howe will preview each position in free agency every day through Feb. 28. This edition highlights the running backs.

The Patriots have been in a consistent transitional period at running back for several seasons, and it could continue in some fashion in 2012. In the last two years, the Patriots have parted with Laurence Maroney, Fred Taylor and Sammy Morris while acquiring Danny Woodhead, Stevan Ridley and Shane Vereen.

This offseason, the focus is on unrestricted free agents BenJarvus Green-Ellis and Kevin Faulk. Green-Ellis could still return if the dollars make sense, but it’s no certainty. And Faulk is contemplating retirement.

If the two return, the Patriots won’t need to address the position in free agency. Otherwise, they could be in the market for just about any type of running back, depending on their expectations for Ridley and Vereen.

It’s an interesting class of free agents. Three MVP-caliber candidates are looking for contracts, but there’s almost no chance they’ll hit the open market. From there, teams will have their choice of several intriguing role-specific backs.

2. Arian Foster: The undrafted running back went from zero to 60 in the blink of an eye in 2010. Since his breakout season, he’s first in the NFL in yards from scrimmage (4,061) and touchdowns (30), second in rushing yards (2,840) and third among running backs in receiving yards (1,221). Foster is a restricted free agent, though, and he might even be destined for the franchise tag if the Texans get worried about losing him to an ambitious team.

3. Matt Forte: He was on pace for a career season before injuring his knee in Week 13, and Forte might have even gotten some MVP consideration if the Bears weren’t so injury stricken late in the year. The Bears have taken a lot of heat for failing to lock up Forte to this point, and his contract situation is a candidate for ugliness. Still, the franchise tag looms.

Diamond in the Rough
Bears running back Kahlil Bell really opened some eyes while replacing Forte down the stretch, and the restricted free agent could be an interesting commodity if the Bears cheapen out on his tender. In his last four games, Bell had 64 carries for 280 yards (4.4 yards per carry) and 19 receptions for 133 yards and one touchdown.

So, who is Bell? Is he the undrafted back from UCLA who got cut by the Vikings in 2009 and didn’t emerge until late in his third year? Or were those four games a sign of his potential? If nothing else, running backs have historically shown they can rise from nothing as well as any skill position, so Bell is worth keeping an eye on going forward. Plus, his receiving ability makes him more conducive to success in the NFL’s modern day.

If the right team takes a chance on Bell, or if he gets a stronger workload in 2012 as a complement to Forte, he could be in line for a bright future.

Fit for New England
The Madden jinx struck Browns running back Peyton Hillis in 2011, when he was marred by injuries and even strep throat. His numbers indicated he was less than half the player who broke out in 2010, and his teammates questioned his attitude in an array of different reports.

Yet, Hillis was the heart and soul of the Browns in 2010 when he had 1,177 rushing yards, 61 receptions, 477 receiving yards and 13 touchdowns (and eight fumbles). If Hillis can revert to the workmanlike role player who was an asset at Arkansas and then the Broncos and Browns, he’d be a terrific fit in the New England offense, particularly if the Patriots must replace Green-Ellis.

Otherwise, Hillis might have been overwhelmed by his own success and stardom, and if that’s still the case, he wouldn’t do any good for Bill Belichick and the Patriots.

Don’t Forget
1. Mike Tolbert was a big asset for the Chargers, and he was similar to Hillis in that he’s a power back who can catch passes. With Ryan Mathews starting to take over in 2011, Tolbert could join the likes of Michael Turner and Darren Sproles who left San Diego to achieve even more success elsewhere.

2. Belichick compared Chiefs running back Jackie Battle to Hillis last season. Again, if the Patriots need to replace Green-Ellis, keep someone like Battle on the radar.

3. LaDainian Tomlinson is a free agent. Given the way the Jets’ locker room imploded, Tomlinson is no sure thing to return, so the Jets might have to really put their eggs in the Shonn Greene basket.

4. Steve Slaton is on the open market. He was so fun to watch during his rookie season in 2008, when he racked up 1,659 yards from scrimmage and 10 touchdowns, but he’s been a bust since then. He’ll probably get one more chance to catch on with a team.

5. Marshawn Lynch and Michael Bush are a pair of bulldozing backs who should draw interest on the open market. Lynch should get franchised in Seattle, and the Raiders would be crazy to let Darren McFadden‘s backup leave town with his injury history.

6. Ryan Grant went downhill in a hurry. It’s scary to think how explosive the Packers have been on offense for two years without any consistency in the run game. 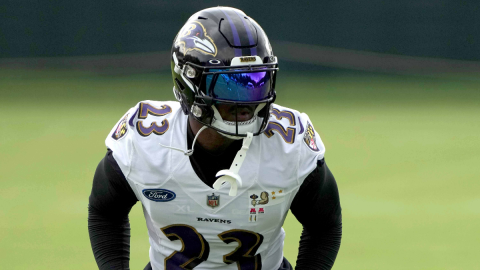 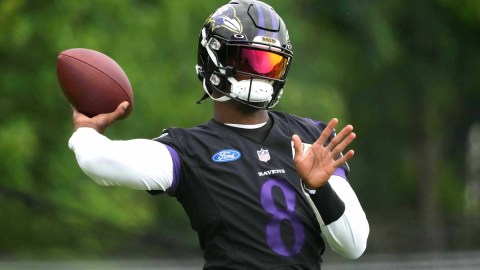 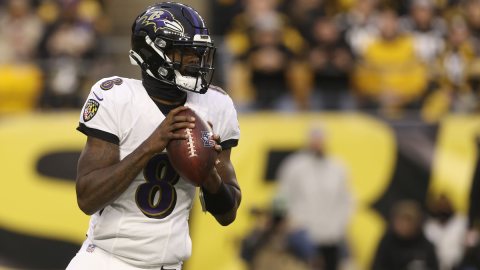