Former NFL Player Says Adderall Is Being Used as Excuse for PED Suspensions, Not as Stimulant - NESN.com Skip to content In the last two days, we’ve seen Brandon Browner, Jermaine Cunningham, Eric Wright and Richard Sherman all suspended by the NFL for violating the league’s performance-enhancing drug policy. Hours later, word will come out from a “source” that Adderall — an attention deficit disorder medication — was the cause for the failed test. So why are so many players taking Adderall?

Chances are, they’re not. Adderall is a convenient excuse for a failed performance enhancing drug suspension. Mike Florio of Pro Football talk touched on this trend way back in August, but the trend has continued. The drug would trigger a failed test, but it wouldn’t tarnish a players’ reputation the same way that steroids or HGH would. Plenty of people take Adderall, and the simple excuse that the medication caused a failed test doesn’t include whether or not it was prescribed. Adderall is actually allowed by the NFL if it is prescribed by a doctor. The drug is banned by the NFL because it can be used as an amphetamine.

A former NFL player chipped in on the conversation as to why so many players are using Adderall on Twitter on Monday. Ryan Riddle — a former defensive end for the Jets and Raiders — said that the “stimulant” is being used as a cover-up.

@dougkyednesn players are allowed to use adderall if they just get a normal prescription. Easy to do and all players know this by now.

The reason why so many players can use Adderall as an excuse is because the league won’t reveal what actually triggered the failed test. Players can say that anything was the cause from over-the-counter medications to supplements to Adderall.

What’s interesting about Sherman’s suspension, and subsequent appeal, is that he’s saying he did not take Adderall. If a player fails a test these days, claiming “Adderall” is just as good as an indictment of cheating, but going through the appeal process without using the prescribed excuse may mean innocence. Browner, Cunningham and Wright are far from the only players using Adderall as an excuse, Aqib Talib, Joe Haden and Brandon Spikes have also been guilty of “using” the ADD medication in the past. 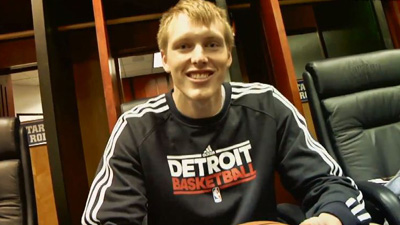