Many assumed Wesley Sneijder would grace the Premier League one day, but few people, if anyone at all, could have predicted this potential move.

The Dutch playmaker has agreed to contractual terms with Totttenham Hotspur, paving the way for a January exit from Inter Milan. The two clubs must still agree on a transfer fee, but a deal could be imminent.

Tottenham and Inter are believed to be negotiating a transfer fee of around £12million ($19.4 million) for the midfield maestro.

Sneijder, 28, has been frozen out of the Inter Milan team for much of the season because of a contract dispute. He has only appeared in eight games this campaign — the last one coming three months ago.

Signing Sneijder would be nothing short of a coup for Tottenham. The ambitious Premier League club has genuine hopes of achieving a top-four finish, which would earn a spot in next season’s UEFA Champions League. Adding a player of Sneijder’s quality would advance that cause, as he can create and finish scoring chances from a number of advanced positions.

The reported fee would represent a significant discount as well. Inter reportedly valued Sneijder at £35 million ($56 million) as recently as last summer.

Less than three years ago, Sneijder was a leading contender to win the FIFA Ballon D’or award. He powered Inter Milan to the Champions League title in 2010 and lead the Netherlands to the final of the FIFA World Cup later that summer.

He’s been the subject of a number of transfer rumors over the last 18 months. Manchester United, Manchester City, Chelsea FC, Real Madrid, Anzhi Makhachkala and, most recently, Paris Saint-Germain have been linked with the Dutch star.

Sneijder is still considered a world-class player who is capable of unlocking the tightest defenses in world soccer. Tottenham watched in agony during Luka Modric’s protracted move to Real Madrid last summer. Should Sneijder fill the boots of the departed Croatian star, those same fans will rejoice at the holiday miracle of 2012. 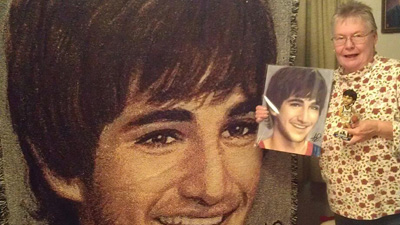