Aaron Hernandez is innocent until proven guilty. That’s important to keep in mind during this time when there are reports flying out left and right about the tight end.

That being said, many things could keep the fourth-year tight end off the field in 2013. Hernandez is still dealing with a shoulder injury, for one. He’s been given the dreaded “injury prone” tag in the past, as well. He’s also being investigated for his involvement in a North Attleboro, Mass., homicide. Other legal issues surround Hernandez, including a lawsuit after a former friend said the Patriot shot him in the face.

Injuries, jail time, appearances in court and suspensions could all keep Hernandez off the field for significant snaps in 2013. Rob Gronkowski‘s future is also uncertain after he had forearm and back surgery during the offseason. Some have predicted that Gronkowski could start the season on the PUP list, meaning he would miss the first six weeks of the season.

So how would the Patriots deal with not having their top two tight end threats?

Without Gronkowski, Fells and Hoomanawanui lead the way with 162 snaps apiece in six games. Branch had 127, Edelman had 66 and Slater, Shiancoe, Donte Stallworth and Kamar Aiken also received reps. Tight ends filled in for Gronkowski on 59.1 percent of snaps.

That pattern will likely continue in 2013. While Gronkowski is out, Jake Ballard will likely receive the majority of snaps (as long as he’s fully recovered from ACL surgery). If Hernandez misses time, a third wide receiver, whether that’s Edelman, Michael Jenkins, Donald Jones, Aaron Dobson, Josh Boyce, Lavelle Hawkins or any other player, would likely fill in.

If Gronkowski and Hernandez miss games at the same time (which they have never done since both coming into the league in 2010), Fells, Hoomanwanui or rookie Zach Sudfeld could contribute in Hernandez’s place. In fact, Sudfeld may be the best fit to replace Hernandez at tight end.

Not only is the undrafted free agent out of Nevada an adequate blocker, but he also has experience as a swing tight end, lining up inline and out at wide receiver. He has great size at 6-foot-7, 255 pounds, and while he’s not quite as fast or agile as Hernandez, his 4.71-second 40-yard dash and 7.08-second three-cone time are very impressive for his size.

The fact that the Patriots have never tried to acquire a Hernandez clone to back up the versatile player may come back to haunt them this season (if Sudfeld can’t be that player). Of course, finding another Hernandez is difficult to do. Very few players have his combination of size, agility, speed and blocking ability. Hernandez reduces the need to huddle or change personnel. He can play the run or pass and, because of that, it’s difficult for defenses to know what the Patriots will do.

If Hernandez misses any time, the team will likely use more three-wide receiver sets than it has used since 2009, before Gronkowski and Hernandez came along. That means that Edelman’s role will likely be increased. The fact that Edelman actually has experience in the offense certainly helps, as well. The Patriots could open their season without their top five targets from 2012 (Wes Welker, Brandon Lloyd, Gronkowski, Hernandez, Danny Woodhead).

Had Edelman not been injured multiple times last season, he likely would have taken most, if not all, of Branch’s snaps in Hernandez and Gronkowski’s absence. He can’t offer the same versatility as Hernandez, but he has his own unpredictability because of his ability to line up in the slot, out wide or as a running back. Edelman’s agility and change of direction rivals Hernandez’s, as well.

The pressure will be on Ballard, Edelman and either Sudfeld, Hoomanawanui or Fells to fill in for Gronkowski and Hernandez if the two miss time. One thing is certain, though. The Patriots’ offense won’t be as high-powered without the two talented tight ends. 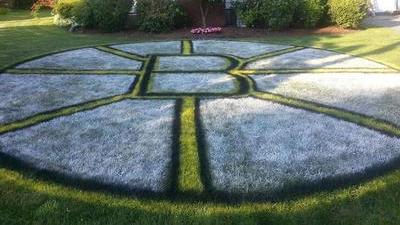