Report: Aaron Hernandez Told Bill Belichick That Gangsters Were 'Trying to Kill Him,' Coach Told Him to Get 'Safe House' - NESN.com Skip to content The Aaron Hernandez situation, which was messy from the start and has only gotten messier, continues to reel people in.

Rolling Stone published a new story about the unraveling circumstances surrounding the former Patriots tight end on Wednesday. The article adds a lot of details, from the exchanges the night of Odin Lloyd‘s murder to more information about Hernandez’s past and drug use.

It also reveals that the Patriots may have known that Hernandez was getting out of control.

The magazine published a peek at the content Tuesday, reporting that Hernandez had used angel dust, was in danger of being cut by Patriots coach Bill Belichick and was possibly shielded from punishment by former Florida coach Urban Meyer. The complete article, published Wednesday, traces Hernandez’s past, including his troublesome ties in Bristol, Conn., the altercations he was involved in — but never faced charges for — in Gainesville, Fla., and the issues he was having with gang ties in recent days in Boston.

It was those problems that were shocking to most people when they came to light after Hernandez was linked to Lloyd’s death in June. The Rolling Stone article suggests, though, that the Patriots may have seen some of those issues being foreshadowed — and may have had an indirect hand in Hernandez’s fall.

In February, Hernandez, who was growing increasingly paranoid amid his gang ties and drug use, flew to the NFL Combine in Indianapolis to talk to Belichick, Rolling Stone reports. Hernandez told Belichick his life was in danger and that he feared the gang members he had become involved with were “actually trying to kill him.” That’s when Hernandez installed the massive security system in his North Attleboro home and started carrying a rifle in his gym bag, according to the report.

“He was very paranoid, but was that because of his addictions or because he was trying to leave the gang?” Rolling Stone reports a source as asking.

Hernandez also went to the West Coast in the spring to try to get away from distractions while rehabbing his shoulder injury. While he was reported then to be working hard and getting in reps with Tom Brady, Rolling Stone says the time was tumultuous — Hernandez skipped workouts with Brady and also missed appointments with his therapist, Alex Guerrero, during the trip. He was also involved in an altercation at his rental home March 25, when he put his fist through a window while fighting with his fiancée, Shayanna Jenkins.

That final conflict, which did not include an arrest, set Belichick off, according to Rolling Stone. The Patriots coach told Hernandez he would be traded or cut if there were any more problems.

Hernandez was “mortified” and returned to Boston, according to the article. Belichick then told him to “lay low” and “rent a safe house.”

Hernandez’s drug use continued as team activities picked up, and he started going out again. He did end up buying a safe house, and police gathered a wealth of evidence from it after Lloyd’s death.

The article takes other digs at Belichick, saying his free reign in personnel decisions, where he had increasingly brought in players with problematic pasts, opened the door for Hernandez’s issues to continue. The article also says Belichick recently changed the Patriots’ security setup so the team no longer took tips from police who were prone to let the team know if a player was getting into trouble.

The story also takes a look at the case the prosecution is trying to build against Hernandez, suggesting Hernandez could be found not guilty of first-degree murder depending on how the defense frames the evidence. 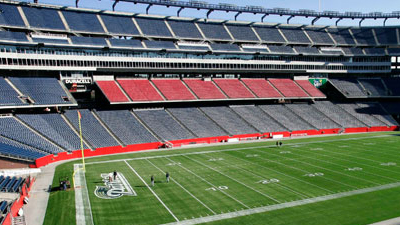 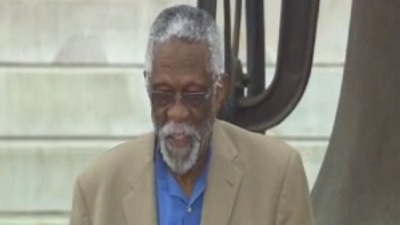