BOSTON — The Boston Red Sox didn?t know what they were getting in 1997 when they acquired minor leaguers Derek Lowe and Jason Varitek from the Seattle Mariners in exchange for reliever Heathcliff Slocumb.

No, really. They didn?t know.

?I remember we went back to the hotel (in Albuquerque) and Jason and I were in the same room, and (Red Sox general manager Dan Duquette) thought I was left-handed and Jason was kind of an overweight catcher,? Lowe recounted Wednesday before a pregame ceremony at Fenway Park honoring the 10th anniversary of the 2004 World Series-winning Red Sox. ?But I didn?t really understand kind of what I was getting myself into and it really couldn?t have worked out any better.?

While the Red Sox certainly were more knowledgeable about the prospects they were receiving than Lowe’s story suggests, the pitcher’s point holds true. No one could have foreseen either player’s eventual impact on the organization.

The ?left-handed? Lowe — he?s actually right-handed — won 70 games, recorded 85 saves, posted a 3.72 ERA and earned two All-Star selections over parts of eight seasons with the Sox. He even won all three series-clinching games during the Red Sox?s ?04 World Series run.

The ?fat catcher? — have fun telling that to Tek — hit 193 home runs, earned three All-Star selections, won a Gold Glove, secured a Silver Slugger award and followed in the footsteps of Hall of Famers Carl Yastrzemski and Jim Rice in becoming the third captain in franchise history during his 15 seasons with the Red Sox.

It?s hard to imagine that both players took some time getting acclimated after arriving in Boston as a pair of unknown minor leaguers.

?I remember I was 0-9 in 1998, and they gave me an opportunity to go to the bullpen, which I need to do to kind of try to learn how to pitch at this level,? said Lowe, who made his Red Sox debut on Sept. 1, 1997. ?I give them a lot of credit for staying with me, and not burying you and sending you down to Triple-A.?

Lowe made eight relief appearances with the Red Sox in 1997, posting a 3.38 ERA over 16 innings. He made 68 appearances — including 10 starts — the following season and posted a 3-9 record and 4.02 ERA. It wasn?t until 1999 that the lanky righty really started to make strides.

?I was scared to death,? Varitek said of getting traded to Boston in 1997. ?Things had just started to get better for me over there (in the Seattle organization) as a player, I started to see some light at the end of the tunnel defensively, started to settle in a little bit offensively having a good year and then you?re traded. So once you get your feet on the ground, you?re somewhere else.?

Varitek?s transition to Boston was made easier by his relationship with former Red Sox shortstop Nomar Garciaparra, whom the catcher played with at Georgia Tech. Lowe, on the other hand, benefited from being thrown into the fire.

?I think the beauty of being here is you get put in a lot of crazy situations — playoff games, sellout crowds — and I think it was probably two years after that,? Lowe said of when he finally felt comfortable with his new organization.

Both players eventually etched out permanent places in Red Sox history by playing major roles in the club breaking an 86-year-old curse.

You could say that’s a bit better than advertised. 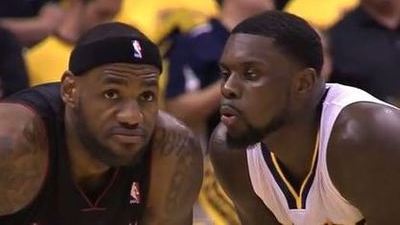