Len Bias To Be Inducted Into University Of Maryland Athletics Hall Of Fame - NESN.com Skip to content Len Bias is considered by some to be the greatest basketball player to never play in the NBA, and now he’ll get some recognition for that.

Twenty-eight years after his death, the University of Maryland announced Wednesday that Bias will be inducted into their Athletics Hall of Fame.

Bias played for the Terrapins for four years and was a two-time ACC Player of the Year, as well as ACC Athlete of the Year and First Team All-American during his senior year. After his final season, he was the school’s all-time leading scorer with 2,147 points.

Bias’ life ended tragically on June 19, 1986 from a cocaine overdose, two days after he was drafted second overall by the Boston Celtics. Kevin Glover, the executive director of the M Club, told the Baltimore Sun that the group was aware of the sensitivity surrounding Bias’ death and college career.

“I just think the selection committee took a lot of time and effort to look at his stats, to look at his accomplishments while he was here as a student-athlete, and we just felt like the time was right,” Glover said via Fox Sports.

“We all know it’s a very sensitive issue, a lot of changes were made to the university back in the day because of this situation. Once we discussed it and the votes came in, we decided it was time to move forward and honor one of our greatest student-athletes ever.” 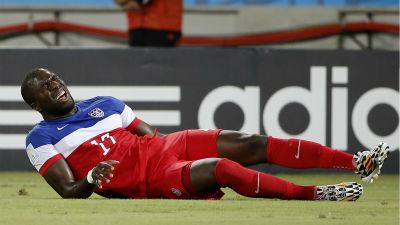