Jozy Altidore’s anuus horribilis ended when he was stretchered off the field in the United States’ opening game of the 2014 FIFA World Cup.

Altidore, 24, still is recovering from the hamstring injury he suffered 23 minutes into his team’s 2014 World Cup journey, according to the Sunderland Echo. The American striker calls the moment he went down clutching the back of his leg the lowest point of his career.

“I was just miserable,” Altidore said. “I’ve never felt so low as a player. You look forward to it for so long and I was feeling really good and confident. I was excited to give everything for the team, so for that to happen, I don’t really have the words.

Altidore initially hoped to recover from the grade 2 hamstring tear in time to help the United States on the field, but he quickly learned that he would have to contribute in other ways.

“After a couple of days, you have to understand it’s not about you,” Altidore continued. “It’s about the team. You have to try your best to be positive and be the guy who still gives something any way you can. The challenge for me was to still be upbeat and give something in other ways.”

Altidore struggled after joining Premier League club Sunderland in a £7 million ($12 million) transfer from Dutch club AZ Alkmaar last summer. Altidore scored two goals in 38 games (in all competitions) in 2013-14 and he is keen on carrying his recent national-team form into the upcoming season with Sunderland.

“I’m just focused on getting healthy and back to how I was before the World Cup,” Altidore said. “I haven’t felt that good in a while. Everything was clicking for me. Now I just want to start the season healthy and focused and hopefully everything will go well.

Altidore’s 2013-14 season started right but soon veered off course and ended in a ditch. If Altidore 2014-15 seasons starts in its current rut, perhaps it will go swimmingly once the games begin.

Altidore’s maturity should help him thrive in Premier League >> 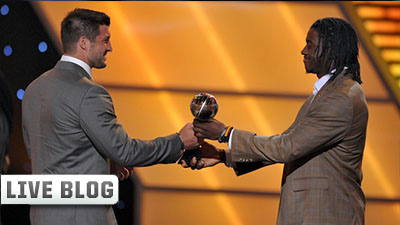