Patriots' DeflateGate Controversy Could Be Explained By 'Scientific' Theory - NESN.com Skip to content

Update 3:47 p.m.: Bill Belichick denied that the Patriots placed footballs in a heated environment while preparing them.

Tired of DeflateGate? Get used to it. It’s moving in, dirtying up your dishes and emptying out your pantry. Oh, and good news: It hasn’t told you when it’s leaving.

The NFL’s statement on its investigation into the New England Patriots’ under-flated footballs wasn’t particularly revelatory, but it did hint that the process could take a long time. The NFL has plenty of work left to do, considering Patriots quarterback Tom Brady hadn’t been interviewed as recently as Thursday afternoon.

The NFL also said it would speak to other teams as part of its investigation. A league source told NESN.com that if the NFL checks every team, it will find “several” also guilty of having deflated footballs.

NFL regulations state that footballs are delivered to the sideline minutes before kickoff. That means balls can’t be deflated in the locker room after being checked by officials 2 hours and 15 minutes before the game. If a team chooses to deflate footballs on its sideline, it would do so in front of cameras, the media, nearly 69,000 fans, the opposing team, officials and anyone from the NFL standing on the sideline. That seems pretty risky, right? It also would be tremendously difficult for a ball boy to reach into a bag and perfectly deflate 11 footballs by exactly 2 PSI.

So, let’s eliminate this possibility for a moment.

What if the balls deflated on their own?

This theory has been widely negated because the Patriots’ footballs lost pressure, but the Indianapolis Colts’ balls didn’t. The balls are checked at room temperature, and it was 50 degrees with rain storms in Foxboro, Mass., that Sunday night. That’s a significant drop in temperature, but science suggests it’s not enough for a 2 PSI deflation.

The league source suggested to NESN.com that if the Patriots are guilty of deflating footballs, then they used a “scientific” method, since perfectly deflating 11 footballs by 2 PSI on the sideline without being caught is too difficult.

The source has heard of inflating footballs in a heated sauna. The team then would have the balls tested and approved in the locker room and bring them to the field at kickoff, when the pressure would drop considerably. A research scientist at the University of Utah explained the sauna theory to USA Today on Friday night.

Would this be considered cheating? Well, probably, because the intention ultimately remains the same: to play with under-inflated footballs. But the footballs are being “tampered” with before being given to the officials, so it technically could be considered part of the “breaking in” process.

Tom Brady reportedly did tell his teammates that he likes his footballs “a certain way” during a team meeting Thursday.

Adam Schefter reported on “SportsCenter” that the NFL is having trouble finding evidence that the Patriots tampered with footballs. A team found heating footballs in a sauna probably could put together a compelling argument that it didn’t know doing so was against any league rules, since it’s not listed in the lengthy rulebook. Only altering footballs after an official check is barred.

Perhaps a team could argue that its quarterback, for one reason or another, likes his footballs heated up before the game, with a little humidity thrown in for good measure, not knowing that the balls deflate once placed outside. Perhaps that team even could be telling the truth.

If the Patriots did use a “scientific” method, then they weren’t ready to admit it was part of their pre-inspection doctoring process Thursday or Friday.

The Patriots have expertly toyed with playing around the rulebook before, but this would be taking it to a sauna-high level. 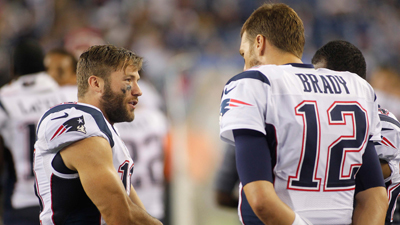 Julian Edelman Admired Tom Brady From Afar, Then QB Had Him ‘At Hello’ 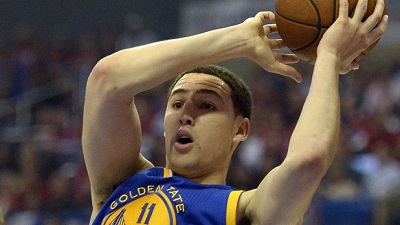