The Boston Celtics did almost everything right down the stretch Saturday night in an amazing comeback against the San Antonio Spurs.

The resilient C’s ripped off a 19-1 fourth-quarter run against one of the best teams in the NBA to all but erase a double-digit deficit at AT&T Center. That flurry included several big shots, including a deep Jae Crowder 3-pointer with less than five seconds remaining in the game.

The Celtics just couldn’t get over the hump, however, and Crowder’s full-court inbounds heave sailed out of bounds moments later to seal Boston’s fate in a 108-105 loss.

“At the end of the game we didn’t make game-winning plays, and they did,” Celtics guard Avery Bradley observed, via the Celtics’ Twitter account.

That was the bad news for Boston. The good news? Rather than fold up their tents in the face of a 17-point hole against the experienced Spurs, the Celtics dug deep to claw back into the action. Such a comeback is a good sign for any basketball team, especially for a young club like Boston with aspirations of playing past April 13.

“The bottom line is, we played really well to give ourselves a chance to win,” head coach Brad Stevens told reporters in a postgame interview aired on CSN New England. “But we have to be even better in our margin. I’ve been very careful in saying, ‘If we play well, we’ll have a chance to win’, and that’s the reality. And we did.”

Oddly enough, the Celtics haven’t had too many close games this season. Fifteen of Boston’s first 20 contests have been decided by 10 points or more, and 10 of those have been double-digit wins. Yet if there’s an area for improvement for Boston, it’s winning the tight one: The C’s have won just one of their five games decided by single digits, and that victory came against the Philadelphia 76ers.

Boston came oh-so-close to earning its first signature close win of the season, and its impressive comeback certainly is worthy of praise. At the end of the day, though, silver linings in defeat aren’t exactly what Stevens and the Celtics are looking for.

Brad Stevens not interested in moral victory talk: "What did you take from a game like this?" "A loss." 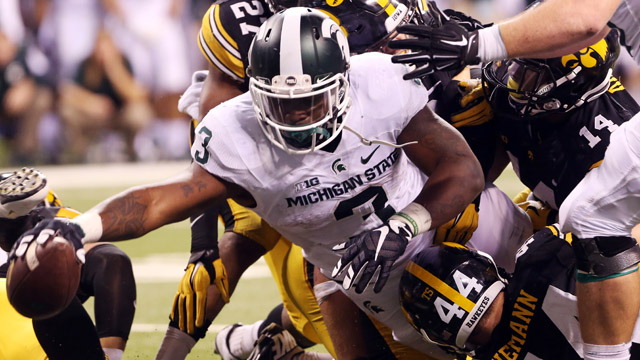