Update: Didier Drogba denies he has decided to retire.

Lovely to receive these messages but I have not yet announced my retirement & am still in discussion with @impactmontreal about my future.

Original Story: Didier Drogba is set to make his third coming to Chelsea, but this one couldn’t be more different from the other two.

Major League Soccer’s Montreal Impact apparently will have been the final stop on Drogba’s playing career. He arrived in Montreal in July and led the Impact into the MLS Cup playoffs with one of the most rampant goal-scoring runs the league has ever seen.

But Drogba is most closely associated with Chelsea, with which he played nine seasons in two stints between 2004 and 2015.

Most expected Drogba to play for Montreal in 2016, but Chelsea’s firing of Jose Mourinho on Dec. 17 changed the Ivorian’s plans. Drogba on Dec. 19 watched Chelsea’s win over Sunderland from owner Roman Abramovich’s box at Stamford Bridge.

Drogba’s appearance sparked speculation over a potential return to Chelsea, and he, Chelsea, Montreal and MLS have been in talks over his future in recent weeks.

We are currently in contact with Didier Drogba and Chelsea FC. We are doing everything we can to have him back with the Impact in 2016.#IMFC

We understand his attachment to his former club and his desire to help them. We are willing to accommodate him. #IMFC

But our objective is to have him back for another season, as agreed in his contract. This situation is out of our control. #IMFC

L’Equipe claims Drogba informed the Impact of his decision to retire in order to facilitate his move into the world of coaching … and perhaps management. 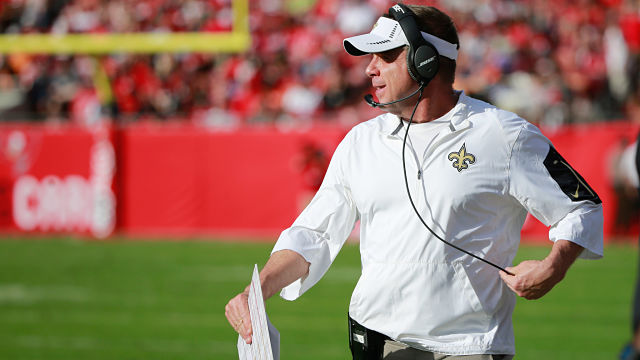 Sean Payton Staying With Saints, Not Available To Other Teams Anymore

Curt Schilling: ‘I’m Not Going To Change Who I Am’ For Hall Of Fame Votes